What's The Appeal Of UKIP In London? 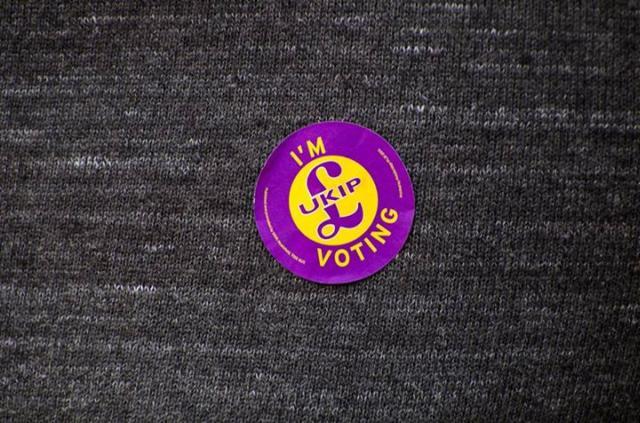 We've crunched the demographics here at Londonist, and going by the usual descriptors of a UKIP voter (over 55, not been to university) we're willing to bet most of you will not be marking your cross next to Nigel Farage's party come 7 May. Some of you might be snorting at the very idea, ready to post links in the comments to articles such as this in the Guardian, which says that the more financially literate someone is, the more positive their views on immigration. Or this Telegraph article on the economic benefits of migrants. 'Of course,' you may huff. 'If voters only understood the facts, they'd never vote UKIP.'

But this would be to dismiss the voting intentions of over a quarter of the electorate in some parts of London — particularly in the south east and eastern outer boroughs. London may not be UKIP's natural stomping ground, and proved less than fertile territory during the European elections, but there is a sizeable section of the capital that will vote purple. It won't be enough to return an MP, but if momentum holds we could easily see another Assembly Member — or two — back at City Hall next year.

We meet Lawrence Webb, a UKIP member of 18 years' standing, Havering councillor and the party's candidate at the last mayoral election, in Romford. It's an area, he says, which thinks of itself not as London but as Essex. That's as may be but Hornchurch and Upminster, where he's standing, is officially London and when the 2014 council elections are overlayed by constituency, it voted 26% for UKIP. What's driving that vote? "Looking at the European elections we got 43% of the vote, so clearly there's a sentiment here which is Eurosceptic. For a long time I've been talking about a revolution in the mindset of the electorate and it's well and truly under way. When we're out leafleting people will wave their hand and say 'I don't need one, I'm voting for you'." 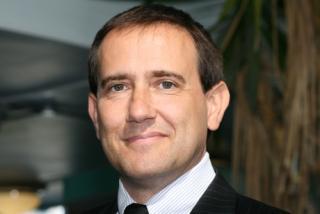 But it can't be just Europe that's behind such a surge in popularity, we say. What about the idea that the public are fed up with the mainstream political status quo and are looking for something different, whether that be UKIP on the right or Green on the left? "It's different for different voters," Lawrence thinks. "But the desire for change is the same. People are fed up. They’ve listened to the promises of Cameron and they don’t believe him any more. There’s a disconnect between what’s perceived as the establishment and the rest of us. They don’t see any real difference between Cameron, Clegg and Miliband. There’s no doubt that there is a backlash against the political class."

Keith Fraser, another UKIP parliamentary candidate, agrees. "I think the rise of UKIP has allowed people to see that it’s not all the same. People know that mainstream politicians say one thing and do another and people are getting fed up with it. I’m not a hypocrite. You either stand for what you believe in or you don’t, and I don’t want to stand for something I don’t believe in."

Keith is standing in Hackney North and Stoke Newington, Diane Abbott's constituency. Though UKIP fares best in the outer boroughs — possibly because they're less 'urbanised' than inner London, and urban areas tend more towards the left — the New Statesman's election website tips UKIP to come second in seats in Hackney and Lewisham. UKIP only stood two candidates for the council elections in Hackney so it's hard to predict how the vote will go (though in the European elections, the Greens got more than three times the UKIP vote in Hackney). So we're slightly sceptical about this prediction; though, as Lawrence says, "where there’s no real opposition, UKIP could come second with only a few thousand votes", but it's not just the Conservatives who are losing votes to the party. "UKIP is picking up votes from both blue and red teams," he adds.

Lawrence points to Harold Hill as an area where UKIP is taking votes from the left, saying it's traditionally a Labour area. This is partially true. Harold Hill is covered by Gooshays and Heaton wards, which returned five UKIP councillors in 2014 (only two UKIP candidates stood in Heaton; the other returned councillor was from Labour, who came in third). However, it's not exactly solid socialist territory. In 2010, Heaton returned three Labour councillors and Gooshays two Conservatives and one Labour, but both wards saw a high BNP vote: two candidates stood in each ward and came seventh and eighth, behind Labour and the Tories and in front of the single UKIP candidates. Gooshays returned a BNP councillor in 2006, alongside two Conservatives. (The BNP vote appears to have collapsed by 2014.) We have to go back to 2002 to find both wards returning a clean sweep of Labour councillors. Make of that what you will.

Onto the issues. Or rather, the issue. Because we wanted to produce a rounded picture of UKIP in London, we really did. But everything we ask about — housing, transport, jobs — seems to come back to immigration. At one point we even say: are we misreading you, is this really what you want to talk about? Yes.

"The government’s own website says that the number of foreign nationals registering for a National Insurance number last year is 768,000. That’s the number of people coming into the country in the year," says Lawrence.

Lawrence presses a leaflet on us and urges us to check out a link, which takes us to the DWP website (PDF) and the numbers he's talking about. Except this document clearly explains that the number of people registering for a National Insurance number is not the same as the number of people coming in. 624,000 people immigrated to the UK in the year to September 2014 (that includes 82,000 British nationals 'coming back'). 327,000 people left, meaning net long-term migration was actually 298,000. That's the number of extra people in the UK last year. It's more than the year before, but still below the previous peak of 320,000 in 2005.

He continues: "Even if you spread it across the country, the population of Havering is 200,000 or thereabouts so you’re getting three times that coming into the country each and every year. Even if you’ve just got an extra 3,000 people here, we haven’t built 3,000 houses in the last year." He may have more of a point here, but we'll come back to this.


Keith also warms to the subject. "Our population has increased 5%* in a year," he says. "Is it any wonder that the NHS is bursting at the seams, that there’s a shortage of housing? It’s basic economics. When you’ve got a flood of people coming in, we’ve got to see how much we can afford. It’s economics, it’s not racism. Boris Johnson talks a lot about the fact we’ve been allowing lower-skilled labour to come in from the EU because we have to. He’s also said that if people want to work in this country they should learn English. When UKIP say it, they’re racist!"

Lawrence adds: "It’s almost impossible for a council to set a meaningful budget when they don’t know how many people are going to be living here next year." (He's currently putting forward a motion that Havering council shouldn't do business with companies that don't pay full UK tax. "If the government had more money in its coffers maybe it could give some more to local authorities and we could actually do something," he says.)

"It’s supply and demand and wage compression," Lawrence continues. "People in areas like Harold Hill would traditionally get work on sites but a few years ago the painters and decorators were upset because their rates came down from £90 a day to £70 a day, and the governor told them he could get a Bosnian for £50. It’s the mass of unskilled workers that have come in that are the problem. And of course they want to live somewhere. And it’s cheaper to rent here than a couple of stops further into town. Cost of transport going up, journey times go up, cost of housing going up, everything seems to be going up except people’s wages. And there are more people here than there were five years ago."

The problem with this focus on immigration is that it's too simplistic. For a start, of the 624,000 people who immigrated last year, 292,000 were non-EU citizens, for whom the UK does have visa restrictions. 251,000 were non-British EU citizens; some of those would still be allowed in under a points-based system. Many are students. Immigration just will not be reduced as much as UKIP claim.

Secondly, the idea that immigration is a magic bullet that will cure all our ills misses the complexity of many of our issues. Public transport is packed partly because of a growing population, but also because of decades of under-investment. Fares are expensive because someone needs to pay for that investment and government is increasingly passing that burden onto passengers. The NHS is struggling because of lots and lots of factors. The housing crisis is a nightmare tangle of causes: decades of building fewer houses than we need, the decline of the social housing sector and a shift towards seeing property as an investment rather than something to live in to name but a few.


We end up chatting with Keith about housing costs and gentrification — Stoke Newington being one of the major gentrification spots of recent years. "I know that the area, for the better in some ways, has been gentrified with a lot of new developments and people moving in — the haves, as opposed to the have nots," he says. "This obviously creates problems and leads to a housing shortage. The Tories have cut down on benefits which makes it even harder for people to be housed in the constituency. Having said that, while I believe we have to look after the have nots, why should the government pay for housing benefits to the tune of several hundred a week in an area that’s expensive, when they can be housed in an area that’s cheaper? With Crossrail you can get from the east to the west in a very quick time, so people who won’t necessarily be able to live down in Tottenham Court Road will be able to live further out and get into the centre in minutes."

But this idea is pushing people on lower incomes into the same outer boroughs where Lawrence says they're feeling the housing crisis — the Haverings, the Barnets, the Enfields — and putting pressure on local services in a similar way to an influx of overseas immigrants. We can't work out why one is acceptable but the other not.

So we'll end where we started: the voters. There's no doubt that people have concerns about housing, jobs, transport, and no longer trust the usual suspects to do anything about them. Once you filter out what Keith calls "a few idiots... people who say the most ridiculous things, a few racist things", it's easy to see how a party that calls bullshit on the mainstream and promises to look after its own would be attractive. The problem is that things are just a bit more complicated than that. UKIP politics may be working well for the residents of Havering (they've recently got 20 minutes' free parking outside Romford town centre) but this focus on immigration — other UKIP policies are available, but less widely aired — isn't enough to solve our problems.