SCHOOL HOLIDAYS: Struggling to fill the second week of the Easter break? Find things to keep kids and teenagers entertained.

READING GROUP: Rich Mix Reading Group is different to other book clubs — you don't need to read the book before you turn up. A short story and a poem are read aloud among the group, with people given a chance to discuss as they go. Free, 7pm


MAGNA CARTA: London Metropolitan Archives hosts an afternoon looking at the society, culture and politics of London 800 years ago, at the time the Magna Carta was created. £5, prebook, 2pm

BREWERY EVENING: Spend an evening with representatives of Rooster's Brewery at The Hack and Hop near Blackfriars. Hear about their range of brews and enjoy some snacks to go with them. Free, 6pm

CHRISTIE'S LATES: To celebrate its 40th year, auction house Christie's runs a series of late night events. Anyone can drop in to Christie’s on Old Brompton Road for a drink, and to hear experts talk about art, interior design and collecting, and to see what happens behind the scenes of the UK’s busiest saleroom. Free, just turn up, 6pm-8.3opm

COMEDY: There's new material from Fern Brady, John-Luke Roberts, Joz Norris and more at the Camden Head, in a night that we think has been named specifically to scare people away: This Is Not A Cult. £4, just turn up, 7.30pm

BETTER POLITICS: Guardian columnist Zoe Williams is at Foyles on Charing Cross Road to introduce her latest book, Get It Together: Why We Deserve Better Politics. £5, prebook, 7pm

POETRY: Burn After Reading Poetry is back at Seven Dials Club with readings from poets Toni Stuart and Siddhartha Bose. £5, just turn up, 7.45pm

MINOTAURS: Ancient and modern heroes versus the Minotaur is the subject of a screening at the Petrie Museum of Egyptian Archaeology. Suggested donation £5, prebook, from 6pm

RAILWAY FUTURE: The Institute of Engineering and Technology runs a lecture looking at what the railway sector needs to do in order to meet the demands of urbanisation, globalisation and environmental considerations over the next 50 years. Free, prebook, 6.30pm

LEGO ROBOTS: It's that time of the month again at Drink Shop Do in King's Cross. Build a robot made from Lego, aided by a cocktail or two. Judging takes place at the end of the evening. Free, just turn up, from 7pm

COMEDY: Sketch duo The Pin have got a Radio 4 series. See them work up new material for it at Invisible Dot in King's Cross. £5, prebook, 9.15pm

Get an Annual Travelcard today with CommuterClub for cheaper and easier commuting. 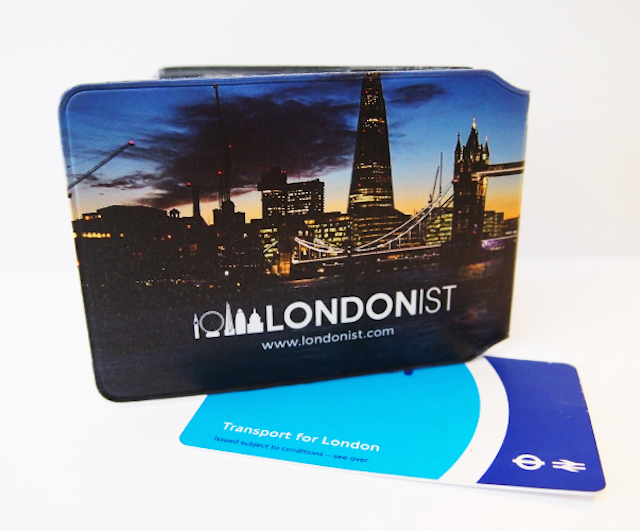 ROCK BAND FILM: The Overlook Screening Room is at The Water Poet in Spitalfields for a screening of Ladies & Gentlemen, The Fabulous Stains. It's about a pair of teenagers that start a punk rock group, and features former members of The Clash and The Sex Pistols. Suggested donation £3, just turn up, 7.30pm

CULTURE SALON: What does design do for citizenship in the age of the consumer? This is the topic up for debate at the V&A Museum, with a panel chaired by Guy Julier, Professor of Design Culture, University of Brighton. Free, just turn up, 6.30pm


CRAFTY FOX: Crafty Fox Market is back for two days in Peckham, giving small scale artists and producers a chance to showcase and sell their wares to the public. Free, just turn up, 11-12 April

POETRY BUTCHER: Need some help with your poetry writing? Get some honest, straight-talking feedback from Clare Pollard, a Poetry Butcher, at Southbank Centre. Free, prebook, 11am-6pm

GUN FIRING: Gather outside Firepower, The Royal Artillery Museum in Woolwich to see members of staff dressed in World War Two uniform firing the 2 Pound Anti Tank Gun. There will be a chance to ask questions about the guns. Free (charge to visit the museum), just turn up, 11.30am-2.45pm

BOOK SIGNING: Meet comedian and writer Tony Hawks, who wrote travel classic Round Ireland With A Fridge. He's at Stanfords in Covent Garden signing copies of his new book, Once Upon A Time In The West Country. Free (you'll need a copy of the book), 1pm

SWISHING: Take up to 10 items of quality clothing, shoes and accessories along to Brownfield Community Cabin in Poplar and swap them for items brought along by other people. Free, prebook, 1pm-4pm

VINYL RECORDS:  Join Travis Elborough, author of The Long-Player Goodbye, as he explains how artists and record companies responded to vinyl records and charts their life and times, with the aid of a few discs from his own collection. Free, 2pm

OPEN MIC: Acoustic musicians, poets, comedians, performers and spoken-word artists aged 15 to 25 are invited to take to the stage at Southbank Centre for this open mic event, part of Strive Festival. Free, 3pm-4.30pm (sign up in advance to perform)

LIVE JAZZ: Foyles on Charing Cross Road hosts a Jazz Jam, with a guest performer to be announced and the opportunity for young musicians to get up and play with the professionals. Free, prebook, 12pm-3pm