World War One By Way Of Sparta And Manchester 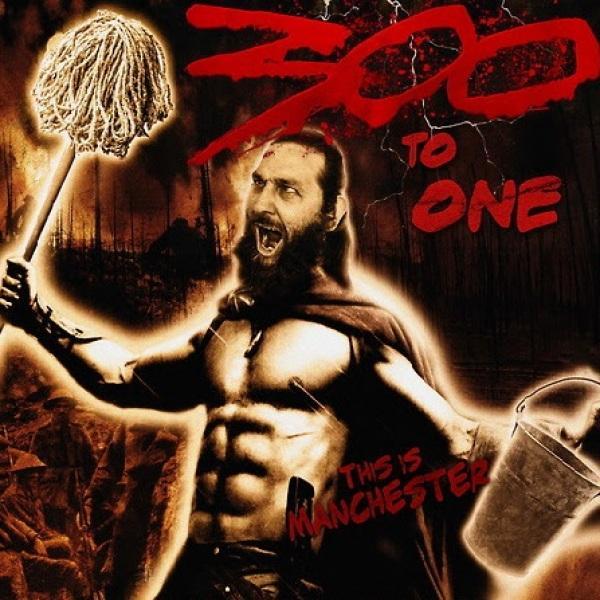 You definitely didn't get taught about the Great War poets like this at school. Matt Panesh, AKA Monkey Poet, has decided to take on the sentiment roundly mocked by Wilfred Owen — that it is sweet and fitting to die for your country — by re-enacting the film 300 in a one-man show.

Yes, you read that correctly. Taking a 15 year old boy as the show's central character, bored with poetry and buoyed with teenage blood lust (as well as lust in general), the lad tries to show the ghosts of Owen and Siegfried Sassoon that it's not just sweet and fitting, it's kind of cool, to get slaughtered for your country. And the battle of Thermopylae, when a small band of Greeks held off the Persian army (and died in the attempt) to ensure the survival of the rest of the troops, is held up as the noblest of causes. We think. Because the point isn't quite clear: Panesh thinks war is cobblers and damaging in the extreme, as he awkwardly breaks the fourth wall to tell us late in the show, having failed to make the point through the mouths of the war poets.

Sometimes we'd tell you to forget the message and just sit back and enjoy the ride — it's a manic hour, with Panesh doing all but climb the walls as he adopts the personas of the teenager, Owen and Sassoon, and every bloody character from the film. Sweat is pouring off him long before the end and he's a fun guy to be around. But we can't escape the feeling that the message is the point of this show and, though it's obvious what it is, it's harder to work out why it's being made through the medium of Gerard Butler.

Never mind. Head downstairs, grab a drink and prepare for the second half, during which Monkey Poet will regale you with his usual line of work: socially aware stand-up poetry. But here we've failed you, readers. Londonist is suffering the cold equivalent of the Persian army and we're lacking a Spartan king to steady our immune system; we went home. Instead, try this video for a taster of what to expect.

Monkey Poet: 300 to One is on at COGARTspace, 113 Southgate Road, N1 3JS, until 28 March. Tickets £10. Londonist saw this performance on a complimentary ticket.