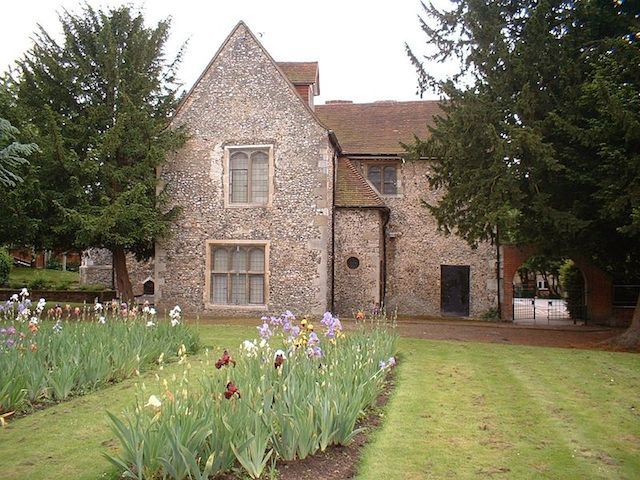 Big changes could be afoot at one of London's local museums, and not everyone is happy. Bromley Council wants to move the borough museum from its current home at Orpington Priory into Bromley Central Library. The relocation would help the council balance its books. According to the Orpington History Organisation (OHO), however, it could also result in a lack of dedicated museum staff, and no museum services to schools:

Who will educate children (especially) and adults on local history? Who will go to local schools and carry out talks to children? Who will host local exhibitions and displays? Who will catalogue and collect important local artefacts and be passionate about promoting their interest? Who will interact with other local museums and like-minded organisations on a national level to share knowledge and promote the borough's rich and important local history? Who will look after the extension archive containing many many priceless historic collections? Without the Museum Service in place as it is now this is all very sadly likely to be impacted.

In addition, the withdrawal from Orpington Priory for cost savings would place a question mark over public access to that venerable building. The priory is one of Greater London's oldest halls, erected in the 13th century with pre-Conquest origins. It would be a pity if the public could no longer discover the area's past from within such an historic structure.

While the potential relocation of an outer London museum might seem small fry, and of local interest only, it is symptomatic of a wider malaise in the cultural sector that has seen closures or curtailments to several museums. In 2011 the excellent Church Farmhouse Museum closed to the public after Barnet Council pulled funding. Wandsworth's De Morgan Centre was made homeless last year. Only this week, London author Chris Fowler was lamenting the loss of the Type Museum, and the forced hibernation (through fire) of the Cuming Museum, among other places.

A final decision on Bromley Museum has yet to be made. If you agree with the OHO, you're encouraged to write to your councillors and MP (incidentally, Orpington's MP is Jo Johnson, brother of Boris). A Facebook page has also been set up by the OHO to coordinate public response. As one commenter observes, though, "As much as it's a lovely old building, with the cutbacks is it a luxury we can afford?"