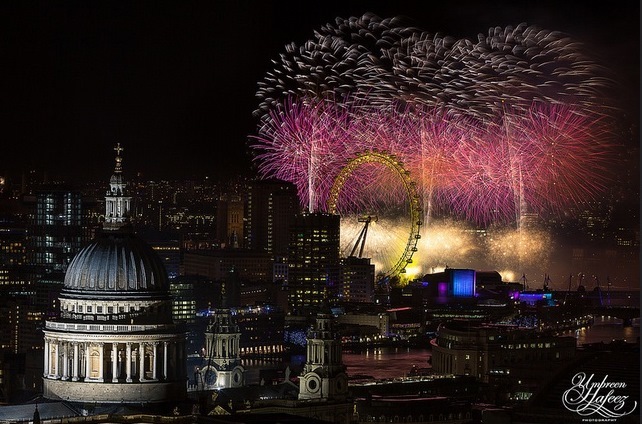 The prospect of paying to watch the Mayor's New Year's Eve fireworks display may have frightened off sponsors for both the event and Transport for London's free travel.

MayorWatch has pointed out that with 19 days to go, TfL says it has been unable to find a replacement for Diageo, whose three-year sponsorship deal ended last year. But don't fret, TfL has said free travel will still go ahead. TfL's Graeme Craig said in a statement today:

“Londoners and visitors to the capital can be assured that they will be able to get home, for free, on our transport network this New Year’s Eve. This not only makes things easier for everyone enjoying their night out but also helps us to get London working again as soon as possible and get the city centre ready for the New Year’s Day parade. We haven’t yet secured sponsorship for this New Year’s Eve but we’re always seeking sponsorship to complement our operational business wherever we can and will continue to do so.”

The fireworks display, which had been free up until this year, now costs £10 per ticket. It goes without saying that touts were soon selling tickets on for hundreds of pounds. City Hall confirmed in November that they had been unable to secure a sponsor. London Assembly Labour transport spokesperson Val Shawcross said:

“The Mayor’s New Year’s Eve preparations are descending into a total shambles. Boris has clearly taken his eye off the ball having not only failed to secure sponsorship for the New Year’s Eve fireworks but also for the night of free travel Londoners have come to expect."

Free travel is available between 11.45pm on 31 December and 4.30am on 1 January on the Tube, buses, DLR, Tramlink and until last trains on London Overground.