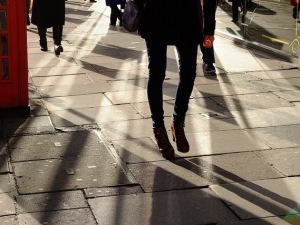 London is the least car-dependent city in Britain (PDF) with a 'well-developed public transport infrastructure', according to a report by the Campaign for Better Transport.

The scorecard measures four main areas — accessibility and planning, uptake and quality of buses and trains, cycling or walking, and car use to rank the country's towns and cities. Despite Londoners' regular moans about public transport and cycling infrastructure, we're not doing too badly after all. The report says:

Using public transport is much more convenient than driving and parking in the city, and this has been supported rather than counteracted, through measures such as the Congestion Charge and investment in buses. London came top for accessibility and planning and its ranking for the quality and uptake of its public transport is high.

On the flip side, the campaign notes increases in bus fares and rising housing costs leading to people travelling further to work. For 2015, a single bus fare will increase 5p to £1.50 but the daily PAYG cap will stay at £4.40. The first cycle Quietways — a network of routes away from busier roads — are due to open early next year, while London Mayor Boris Johnson is also pondering the possibility of car-free Sundays in some areas, though as the Guardian's Dave Hill points out, this may not be quite as easy as it seems.

The Campaign for Better Transport aims to help the government provide more sustainable transport as well as encouraging walking and cycling.