The London Rental Standard: How Is It Helping Tenants?

By BethPH Last edited 93 months ago
BethPH The London Rental Standard: How Is It Helping Tenants? 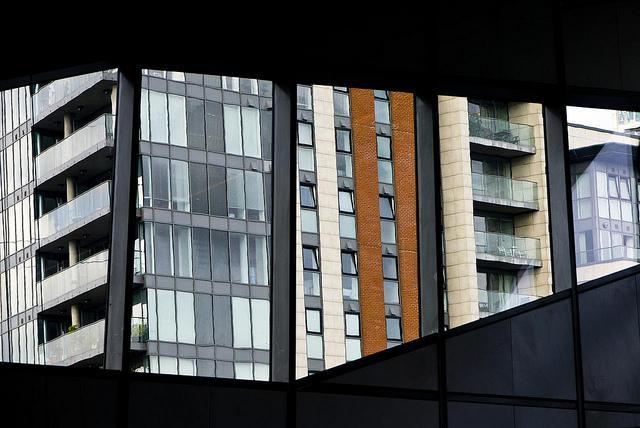 The news that a parliamentary bill to ban revenge evictions has been torpedoed by members of the Tory party is likely to have left many Londoners wondering why the hell the government seems so determined not to sort out the private rental market. The voluntary London Rental Standard (LRS) was intended to help the capital's tenants, but is it doing its job?

The LRS was set up by City Hall in 2013 to set standards for private landlords, so crucial stuff like repairs, contracts and deposits aren't ignored. The scheme aimed to get 100,000 landlords to sign up by 2016, but a London Assembly Labour press release suggests that just 13,499 have actually joined. Six months after London Mayor Boris Johnson awarded the first LRS certificate to a Haringey landlord, tenants in Hoxton's New Era estate face eviction or huge rent increases after their homes were bought by a US private equity firm.

For anyone unfamiliar with the New Era story, the low rent estate was bought by Westbrook in March. The company has said it intends to refurbish the estate and put rents up to market rates — in some cases from around £600 per month to over £2,000. Given this would be unaffordable for many of the low-paid workers who currently live on the estate, most would end up being evicted. Boris Johnson has asked his deputy, Richard Blakeway, to intervene in the dispute, but he has no official powers over the new owners. Ironically, had the LRS been compulsory, he needn't have had to be involved at all — the tenants would have been protected.  London Assembly Labour housing spokesperson Tom Copley said:

“Instead of another empty voluntary initiative we need to see real action to ensure decent standards and fair treatment in the private rented sector. The Mayor should be lobbying the government for far greater protection and stability for renters.

“Whilst most landlords treat their tenants properly, cases like the New Era estate in Hackney, where residents face rents tripling overnight, make it clear the current system of voluntary regulation just isn’t working.”

We've talked about spiralling rents so often that we're in danger of sounding like a stuck record, but figures from the Valuation Office Agency show a 21% increase in London private rents. Meanwhile, half of UK constituencies with the highest rates of child poverty are in London and Shelter reports increasing revenge evictions when tenants ask for necessary repairs to be done.

The London Rental Standard means well, but as literally everyone has pointed out, only the good landlords are going to volunteer to be on it, which leaves tenants at the mercy of chancers, the inept and the greedy. Yesterday wasn't the first time changes have been kicked into the long grass either — back in the summer, 27 MPs rejected a Labour motion to reform private tenancies. You have to wonder at the government's failure to introduce reforms. With 10 people chasing every rental property, renters are outnumbering owners and their political power is only increasing. The government could well find itself being voted out by the very people they've let down.

On Monday, New Era residents will protest at Westbrook’s Berkeley Square office before marching to 10 Downing Street with a 280,000 signature petition.

Photo by Graeme Dawes in the Londonist Flickr pool.