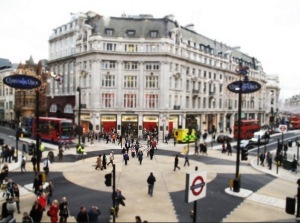 Transport for London (TfL) has launched its road safety awareness week to keep pedestrians, cyclists and motorcyclists safe on the roads.

Organised in partnership with campaign group Brake, TfL is using the campaign to encourage schools to promote safe and responsible transport use in children and teenagers. TfL's managing director of surface transport Leon Daniels said:

“London has a strong history of making its roads safer for all, with last year seeing the total number of road casualties in London fall to its lowest ever level. However, complacency is not an option when it comes to saving lives. We hope that through these special assemblies and road safety pledges, we will encourage school children to travel more safely."

While figures published earlier this year show a decrease in people killed or seriously injured on London's roads, TfL believe its six safety commitments will continue to make the streets safer for vulnerable road users. On Saturday, campaign group Stop Killing Cyclists held a funeral for an unknown traffic victim. Around 300 protesters marched along Oxford Street to Marble Arch where a 'die-in' took place.

Road Safety Week  involves schools, communities and organisations across the country and takes place from 17-23 November.

Photo by Helen Duffett in the Londonist Flickr pool.