New Skyscrapers Get The Go-Ahead

Planning permission has recently been granted to several new skyscraper developments, with two at Canary Wharf, and another at Vauxhall. All are residential, creating around 2,000 new homes...for those who can afford them. A further Canary Wharf skyscraper was turned down by Tower Hamlets Council's planning committee. Quay House would have been the tallest of the bunch at 228 metres.

Here's a roundup of the recently approved, along with some other prominent projects currently under scrutiny. 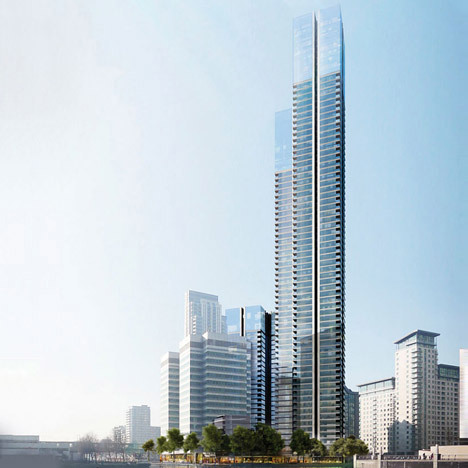 APPROVED. At 220 metres, the tallest tower in this pairing will be just a little shorter than the centrepiece 1 Canada Square, and loftier than any residential tower yet built anywhere in Britain. Designed by Foster & Partners, the lithe protrusion will squeeze 888 apartments into two towers, including 188 affordable* homes. The development replaces a 1980s postmodern complex by Richard Seifert, the architect of Centre Point and Tower 42, beside the DLR station also called South Quay. As well as towers, the scheme will also provide 6,000 square metres of gardens and public space at ground level. 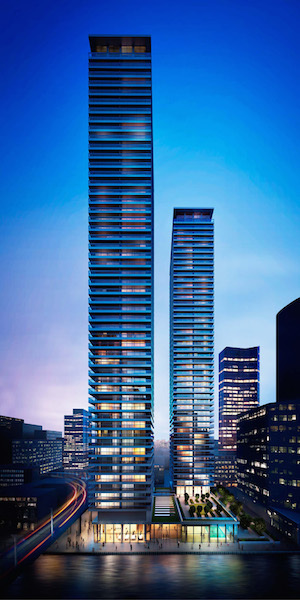 APPROVED. Not dissimilar in profile to the towers at South Quay, Arrowhead Quay also comprises a pair of towers, of 183 metres and 170 metres. That would put the taller of the pair at the same height as Tower 42 in the City. The scheme by Glenn Howells Architects would be sited a little to the west of South Quay. 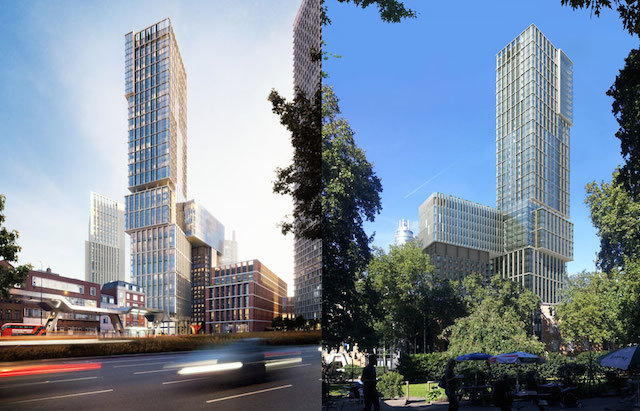 APPROVED. Destined to be known as the Jenga Tower, this ungainly 170 metre leviathan is one of the Nine Towers of Nine Elms, as we've dubbed this cluster. It contains 450 flats, 90 of which are classified as affordable*. It was approved by Lambeth Council last week, at the same time as the Garden Bridge. 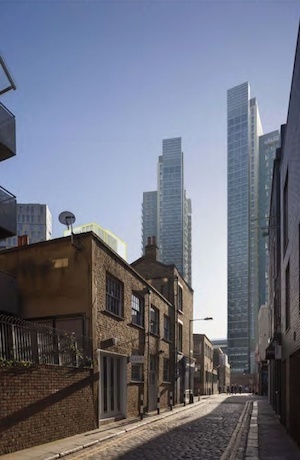 NOT YET APPROVED: Public consultation recently finished on this Terry Farrell masterplan for the old railway lands around Shoreditch station. While the scheme looks pretty good on green space and reuse of old rail viaducts, it's the scale and quality of the towers that have caused consternation among locals. The numerous towers include two over 150 metres tall — further lofty intrusions on this traditionally low-rise quarter. Even some who don't have a problem with contrasting heights have criticised the tower designs. 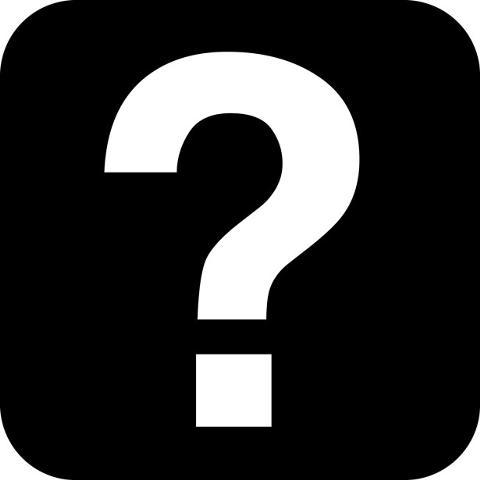 SHROUDED IN MYSTERY: London's most embarrassing development still languishes as a concrete stump on Bishopsgate, over two years after construction was abandoned through financing and political difficulties. Word on the street is that the scheme — intended as the tallest tower in the City — will soon get new backers and could be relaunched under a very different design from the tapering tube that earned it the nickname the Helter Skelter.

See also: a map of all major upcoming developments in London.

*Affordable in the technical sense of up to 80% of market rate; not 'affordable' in any meaningful human sense.