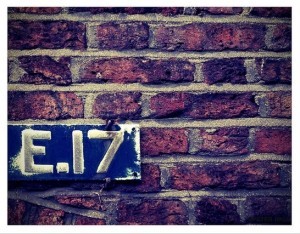 Waltham Forest council has closed eight roads in the borough as part of a trial to test the proposed mini-Hollands cycle-friendly scheme. But responses from residents and a local MP have been less than glowing.

Waltham Forest was one of three boroughs to win £30m earlier this year under a Transport for London (TfL) scheme aimed at improving cycling in the capital. The plans would give Lea Bridge Road a cycle superhighway, bring a Dutch-style roundabout to Whipps Cross and make general improvements in residential areas. Rather than roll out the tarmac in finality of the routes, the council opted for a trial. From 26 September to 13 October, eight roads are closed to through traffic to provide quieter streets for cyclists and prevent 'rat running'. Here's the map of the trial area.

Not everyone is happy about the road closures though. Residents have complained about a lack of consultation and poorly-planned re-directions. Local business owners have complained about loss of trade, and the ubiquitous petitions (both for and against) have been lodged. In an open letter to Waltham Forest council, MP for Walthamstow Stella Creasy said:

“I request a formal update on what is being proposed, and how residents can be involved in shaping the final plans for the spending of this investment in Walthamstow.

“Whilst I appreciate this scheme is a matter for the council and not parliament, given how valuable local knowledge is to this project I would like this information so that I may share it with the many residents who have been in touch with my office to help them participate in this project.

So what's wrong with the mini-Holland? Some of the main complaints appear to be the sudden inaccessibility of Walthamstow Village, delays to bus services and the inevitable pushing of traffic to other, equally congested, roads. It hardly needs to be said that cycling groups are behind the scheme — the Waltham Forest Cycling Campaign has their own page on mini-Hollands but with some caveats, saying 'the worst possible outcome would be a "mini-Holland" reality that ends up spending £30 million to inconvenience drivers while not massively boosting cycling numbers.' A spokesman for Waltham Forest council said:

“The expected reduction in traffic within the area will benefit the entire community, not just cyclists. Air quality will be improved, noise levels will be reduced and we want local residents and businesses to be able to reclaim their streets.

“After the trial period is over, we will run a number of meetings and workshops to gather feedback on how the trial road closures operated, if there are any changes that should be made and whether the closures should be made permanent.”

The trial includes free cycle training, maintenance and accompanied cycle rides through the area. The council asks residents to provide feedback on the trial to miniholland@walthamforest.gov.uk