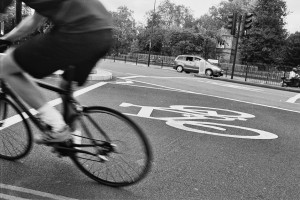 Transport for London (TfL) has announced the three boroughs which will receive £30m each in funding for the 'mini-Hollands' cycling scheme — Enfield, Kingston and Waltham Forest.

The unsuccessful bids came from Newham, Richmond, Bexley, Merton and Ealing. The latter four boroughs will receive some funding from TfL's remaining £10m pot which will allow them to put in place some aspects or their plans. So what have the winning boroughs got planned for their cyclists? Enfield will introduce a Dutch style roundabout, segregated cycle routes and a 'Cycle Superhub' in the town centre. Kingston is planning a New York style 'High Line' for cyclists and pedestrians, a cycle boardwalk alongside the river and cars banned from part of central Kingston. In Waltham Forest, Lea Bridge Road will gain a cycle superhighway and a Dutch style roundabout at Whipps Cross along with improvement of cycling provision in residential areas.

Of course, this is great for the winning boroughs (and not before time) but inevitably, their gain is other boroughs' loss. Darren Johnson AM said:

“This is exciting news for around a sixth of the outer London boroughs, but will leave cyclists and those wanting to cycle disappointed in all the rest. If there are four runners-up who have exceptional plans, then the Mayor should be finding the money to get fully behind them. Big ideas and exceptional plans should not be left treading water for ten years."

"Councils across outer London have stepped up to the plate and we are thrilled with how many want to redesign their town centres around cycling. There is enough money available to deliver dramatic change in the chosen boroughs, and make them places that suburbs and towns all over Britain will want to copy."

Photo by Jon Smalldon in the Londonist Flickr pool.