There's a memorable musical counterpoint of blue plaques for Jimi Hendrix and George Frederic Handel side by side in Brook Street; masters of music separated only by bricks and mortar — and 250 years or so. But it's not the only house in London which has effectively been a timeshare, with famous — and infamous — residents.

There are often messages pinned to a high wall in Logan Place, Kensington. The dead man they pay homage to is rock legend and Zanzibar’s most famous Zoroastrian, Freddie Mercury. But the late singer's house once belonged to spook, artist and art dealer Tomas Harris. To rhapsodise for a moment about the Bohemian Harris, his espionage career was crucial to winning the war. It was he who helped dupe the Nazis into ignoring the D-Day invasion by feeding them misleading information through his double agent code-named Garbo. Garbo first used secret ink and then Morse code — radio traffic that might appropriately be described as ‘Radio Ga-Ga'.

Kelmscott House, by the river at Hammersmith, is a museum dedicated to Victorian arts and crafts designer William Morris. He reacted to the tacky products of the industrial age by establishing a business manufacturing handmade items such as wallpapers. This was Morris’s rural retreat.

Coincidentally, some of the first steps that created the industrial boom were taken in the same house, by Francis Ronalds in 1816. Ronalds built a demonstration electrostatic telegraph in the back garden — the first electronic communication. Clockwork rotated each letter of the alphabet past a window at regular intervals, with the electrical jolt from a pair of charged pith balls which told the person at the receiving end when to write down the letter displayed. Ronalds took his idea to the Admiralty but, preferring semaphore, it decided that ‘telegraphs of any kind are now wholly unnecessary’. Happily, Ronalds didn't stop inventing, but it was another 20 years before William Cooke and Charles Wheatstone (who once visited Ronalds here as a boy) put an electric telegraph into practical and profitable use.

"A thing of beauty is a joy forever," wrote poet John Keats in 1816. Though there is a story that he was assisted to this phrase by his fellow lodger — hernia specialist and inventor of permanent blue-black ink Henry Stephens. Today they share a plaque at their former lodgings at 3 St Thomas Street, Borough. Keats was pursuing a career in surgery, which he later threw in for poetry, later dying young from consumption.

It wasn't just Keats who was writing at the time. The boom in literacy and correspondence meant Stephens prospered from people who tired of making a fresh batch of ink every time they wanted to write some letters. While you can't visit the St Thomas Street address the two men shared, you can see Stephens' Finchley home, which is now a museum.

George Eliot, the pen name of intellectual journalist and novelist Mary Ann Evans, lived at 4 Cheyne Walk for about three weeks in 1880; her stay being cut short by death (natural but unexpected). It was still long enough to qualify for a blue plaque.

Snakes on a Plane has been done, but what about Snakes in Middlemarch? A Dr Mann had lived with his wife at this address in 1872 and kept snakes. He corresponded with the eccentric Scottish farmer and pet owner, Richard Bell, who wrote: "Mr Holland … told me that Mrs. Mann as well as her husband was an enthusiast over snakes, and that one of the prettiest sights he ever saw was this lady dressed in a black velvet gown, with her favourite boa-constrictor 'Zoe' coiled round her body: the contrast of colours was, as described by him, simply lovely." 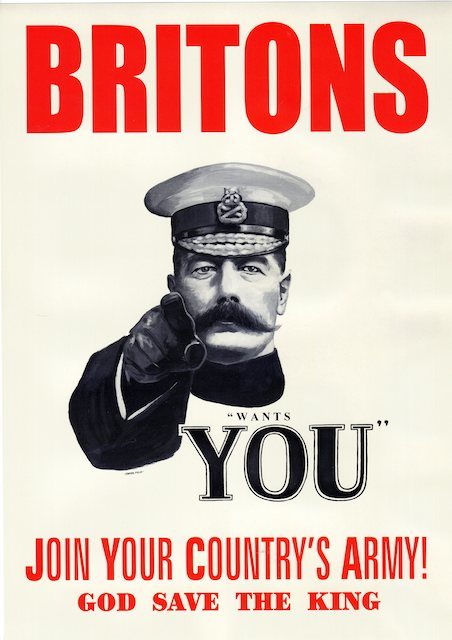 His moustache bristles. His finger points at you. Lord Kitchener was a national hero as a result of campaigns in Egypt and Sudan, the gloss persisting despite his use of concentration camps in the Boer War, and this is why his image on the Great War recruitment posters resonated with the public.

Lord ‘Your Country Needs You’ Kitchener lived at 2 Carlton Gardens in 1914 and 1915. By some happenstance, double agent George ‘Your country certainly doesn’t need you’ Blake worked in the building in the 1950s, when it was used as a base for MI6. He was translating wire taps recorded in Vienna, but also passing information to the Soviet Union. Blake’s motivation to spy for 'the other side' is still a bit of a mystery but, when caught, his 42-year sentence was considered so harsh by his supporters that they sprung him from prison and helped him to escape to Russia, where he still lives.

Lindsey House, near the hulk of Lots Road Power Station, was a mansion split into separate dwellings in 1775 and has been tenanted by a range of the famous over the years. Isambard Kingdom Brunel grew up here, and some years later the apocalyptic Victorian artist John Martin had one of the outbuildings.

Later, these two became friends, and in 1841 Martin was on the footplate of a Great Western locomotive with Brunel between Southall and Slough. Like a couple of teenagers they were trying to see how fast it would go, achieving 90mph.

Pre-Raphaelite William Holman Hunt painted The Awakening Conscience in 1853 (which depicted a guilty look). There is a plaque to Holman Hunt at 18 Melbury Road, Holland Park, where he lived in 1903.

Above it is a second, incongruous looking blue plaque to King Cetshwayo, the leader of the Zulu warriors who made Michael Caine famous. The original Battle of Rorke’s Drift in 1879 led to the award of 11 Victoria Crosses. Defeated, Cetshwayo was recast in the British mind as a noble underdog and entered the public affections, staying here in 1882 before he met Queen Victoria. English food was acceptable, according to contemporary reports, but he and his entourage preferred sleeping on the floor to slumbering on springs.