Our monthly roundup of books about London. All can be found in or ordered from your local independent book shop. 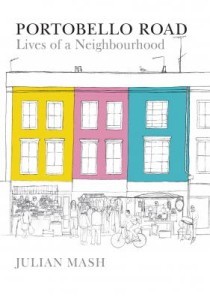 Portobello Road: Lives of a Neighbourhood, by Julian Mash

"Portobello Road, Portobello Road, street where the riches of ages are stowed, anything and everything a chap can unload is sold off the barrow in Portobello Road." That was David Tomlinson's assessment of the street in 1971 film Bedknobs and Broomsticks. Julian Mash talks to a few of those barrow vendors in this new book about the area, and some wonderful human stories come to the fore. Over 300 pages, we also meet antique dealers, health-food revolutionaries, hero solicitors, squatters, poets, performers, carnival champions and, of course, Richard Curtis. Imagine a 'Spitalfields Life' for W11, and you're along the right lines.

The book lingers — perhaps a little too much, depending on your tastes — on the music heritage of the area, reflecting the author's own background gigging and running a record label. But he also finds space for many other walks of life, teasing out some choice reflections from his many interview subjects. This is not a history of the area, but a mosaic of personal stories from the past 50 years, in an area whose demographic has changed beyond recognition. If you have any affinity for the place whatsoever, then you need this book on your shelf. And kudos to the publishers for not insisting that the tourist-friendly words 'Notting Hill' appear somewhere in the title. 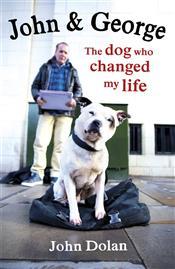 John & George: The Dog Who Changed My Life, by John Dolan

It's not your typical rags-to-riches tale. Man loses home. Man is drawn into a world of petty crime, crack and heroin. Man finds dog. Dog helps man. Man starts drawing dog. Man ends up collaborating with the world's top street artists, putting on two solo exhibitions, working in LA and appearing on talk shows. That, in 48 words, is the story of John Dolan, who for many years has sat on Shoreditch High Street sketching the scenery and his faithful canine companion George. In quite a few more words, you can hear the tale from John's own perspective in this new autobiography.

There are, of course, many parallels with the story of James Bowen, whose pet cat Bob helped him turn his life around and score a book deal. John's story is even more affecting, offering first-hand accounts of drug addiction, countless spells in prison, shoplifting and homelessness. George the dog, mute but far from taciturn, saves John from this spiral, offering companionship, the need for responsibility and, eventually, a muse for John's artistic talents. The author's honest and easy style make this an unlikely page-turner, and we find ourselves cheering the pair on through the constant set-backs.

You can catch John Dolan's latest exhibition at Howard Griffin Gallery until 17 August, where copies of the book are on sale. 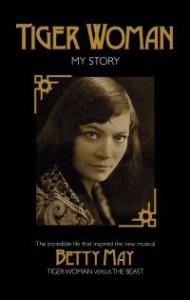 Tiger Woman, by Betty May

Another autobiography, but one in which any dogs are more likely to be occult sacrifices than feted. Betty May was a London socialite, artist's model, cocaine addict and serial bride in the early decades of the 20th century. Her autobiography, originally published in 1929, is clearly written to shock. She falls in and out of clubs, craves narcotics, gets involved with gangs, and flippantly ditches one hapless groom for another hours before a wedding. Yet for all the unapologetic and flippant cruelty, Betty May is a fiercely intelligent woman, and it's easy to see why so many feckless men fell for her charms.

The second half of the book relates her clashes with mystical twatbadger Aleister Crowley, whose motto 'Do what thou wilt shall be the whole of the law' seems already to have been Betty May's credo. Crowley's gambit of "One day you will cook all my meals", did not make a rosy first impression on Betty, and a long battle of wills ensued...one in which not everyone survived.

Having never heard of Betty May, we spent the entire book wondering where the hell things were going, as she tumbles from one self-inflicted calamity to another. It is a tale that deserves a fresh audience, and we've never read anything quite like it.

Betty May's story, long forgotten, is also the subject of a new musical. 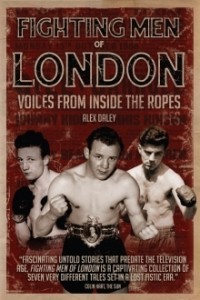 'Voices from inside the ropes', says the strapline of this collection of the life stories of seven London boxers who fought between 1939 and 1957. Alex Daley has said his inspiration for the book was the thought that the stories of these men might soon be lost forever, as most of them are either on their last legs, or heading that way.

The passion does come through in both Daley's words and those of his subjects. It pays to be a boxing fan to get the most from the book, as it contains many intricate details of the various fights these seven pugilists can remember, in pretty healthy detail. That said, for non-fight fans there's interest in the men's lives outside the ring. Though it's a bit shameful to admit, hearing first-hand accounts of Ted Berry's dealings with the Kray twins and Albert Carroll's stark honesty about his post-boxing career in armed robbery does liven up a book that is basically about people punching each other in the face for money. 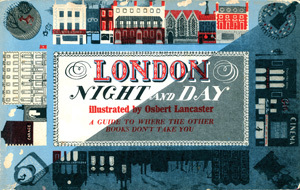 This is another entry in the unlikely genre of old guide books resurrected for a new generation. The original was published in 1951 to help out-of-towners visiting the Festival of Britain (the jamboree that eventually begat the Southbank Centre). It's a surprisingly chatty guide for the time, beginning with a lengthy and very British apology for the lack of maps, and continuing with plenty of opinion and off-the-wall observation. It's set out as an hourly guide to the post-war city, from an 8am river trip, to 4pm tea stops, to places still open at 2am. Many of the locations still thrive, but some are gone. We particularly like the curt review for Frascati's of Oxford Street: "Popular, garish, not expensive and rather enjoyable. Dancing." Humorously illustrated throughout by the great Osbert Lancaster, it was one of the first to use the now-oversaturated mantra 'a guide to where the other books don't take you'.

All reviews by M@, except Fighting Men of London reviewed by Chris Lockie.