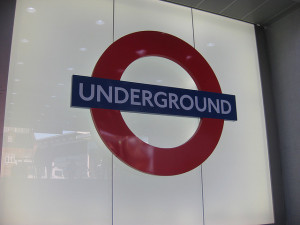 Technicians who control the Tube's  electrical power are threatening industrial action this weekend. A strike could lead to a complete shut down of the tube between Saturday and Tuesday morning.

The 40 workers, employed at the Blackfriars control room, are mostly members of the Unite union. Their grievances are described by Unite as 'complex', and relate to the definition of 'length of service'. The workforce was transferred from London Underground (LU) to other organisations some years ago. When LU recently brought them back in house, some workers had a continuous length of service from their first LU employment, others did not. This has implications for pension levels and other entitlements. The Union also wants to see more money for its members to train new recruits.

The strike would start at 12.01am on Saturday, but Unite expects services would wind down earlier on Friday night, to ensure nobody was trapped on an unpowered tube. Trains would then resume at 8am on Tuesday.

In a statement this morning, Richard Jones, LU’s Head of Command and Control, said:

“Unite, TSSA and RMT have raised a number of issues with us around workplace and terms and conditions relating to staff in our power control team, all of which are either being addressed or we are happy to discuss. We are disappointed that the unions have chosen to call strike action and we would urge all unions involved in this dispute to continue discussions to resolve this matter without the threat of industrial action. We have plans in place to operate a normal service”

In other words, LU expects to keep services running as normal by replacing striking workers.

Talks between the union and London Underground management are ongoing, under the mediation of conciliation service Acas. We will update this article with any developments, including any response to LU's statement from Unite.