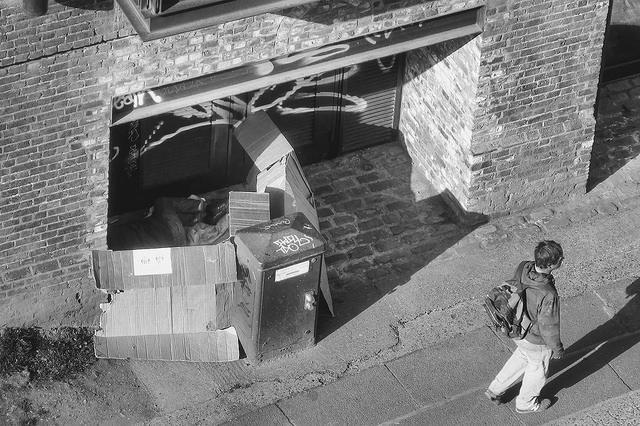 The number of people newly recorded as sleeping rough in London between January and March this year rose 12% compared to the same period in 2013.

The charity St Mungo's Broadway, which runs the Mayor's No Second Night Out programme, has published its latest figures for rough sleeping. During the first quarter of 2014, outreach workers identified 1,030 people sleeping on the streets for the first time, compared to 922 in January-March 2013. 72% of these people were seen just once, which compares to 83% the previous year; in 2014, 5% ended up living on the streets (3% in 2013), while 23% slept rough more than once but didn't become permanent rough sleepers (15% in 2013).

A 12% period-on-period increase for new rough sleepers is in line with the 14% annual increase between 2011-12 and 2012-13; the overall increase in rough sleepers between 2011-12 and 2012-13 was 13%. You may remember headlines about a rise of 43% between 2010-11 and 2011-12; we've previously written that part of that rise was down to more efficient ways of recording rough sleepers. In effect, what that rise was doing was recording for the first time some people who'd previously fallen under the radar. With this new data, it looks like rough sleeping in London is increasing at a rate of about 10%.

We also shouldn't forget the hidden issue of people who are homeless but in temporary accommodation — 42,430 households in London by the end of 2013, an increase of 9% over 2012. Does anything highlight this city's growing inequality better than these figures?

Photo by Simon Crubellier from the Londonist Flickr pool