Mayoral Elections On 22 May: Find Out More

By BethPH Last edited 100 months ago
BethPH Mayoral Elections On 22 May: Find Out More 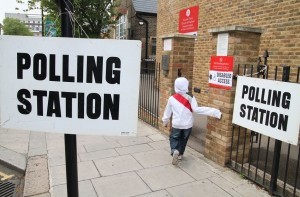 Keen-eyed readers may have spotted that there's a few elections coming up this week. Our guide yesterday covered the local council and European elections which will take place on Thursday 22 May along with how to vote. Today we'll take a look at the London Mayoral elections happening on the same day.

Before you get too excited about the prospect of voting Boris Johnson out, it's not that Mayoral election. Residents of Tower Hamlets, Newham, Hackney and Lewisham will be able to choose their own Mayor rather than the usual system which is where the leader of the party with the most councillors heads up the borough council.

But what does a directly elected Mayor do? It's actually pretty similar to what Boris Johnson does as Mayor of London. The directly elected Mayors are the political leaders of the council and have responsibility for council policy and services. They appoint a cabinet of up to 10 councillors which can be made up of different political parties (like the London Assembly). The councillors also hold the Mayor to account and take part in deciding the budget and annual plans.

The current incumbents along with Thursday's candidates are here (see links for individual bios where available). If you're a resident in one of these four boroughs, don't forget to cast your vote on Thursday as well as voting in the council and European elections.

If you want a local view on the candidates for Tower Hamlets, check out Trial by Jeory.

Lewisham local blogger Clare's Diary offers her view on the Mayoral elections. See also Bob from Brockley for a round-up of candidate bios.

See the Hackney Citizen's blog for local views. Dalstonist (no relation) also have interviews with the Hackney candidates.