Local And European Elections On 22 May: Find Out More 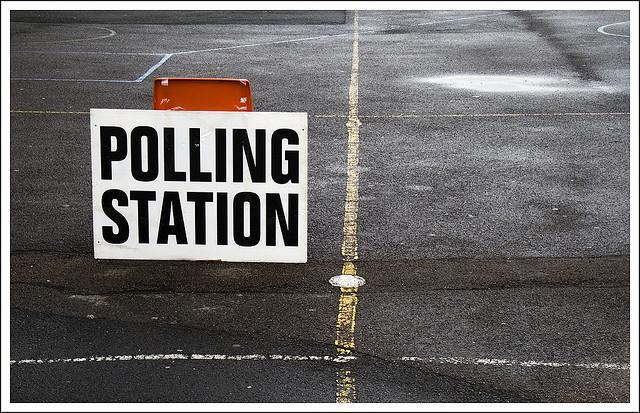 As you may know, there are local and European elections on Thursday 22 May. Polls are open from 7am until 10pm — but what are you voting for?

Local elections are where you get to choose who represents your neighbourhood on your borough council. In London, all council seats across each borough are up for election — that's 1,850 councillors waiting to be elected or re-elected.

But what does your councillor actually do? Councils provide services like bin collections, social care for vulnerable people, council housing, schools, parks and libraries, but how these services are provided, and where, comes down to the councillors. "Everything in your local area is shaped by the council and your local councillors," explains London Assembly Member Val Shawcross, who served on Croydon council between 1994-2000. "Areas represented by a good local councillor can benefit from creative projects, like bidding for heritage schemes, upgrading a local playground or creating a wildlife park."

Basically, when it comes to choosing your local councillor, you want to pick someone who will fight your corner and make sure your neighbourhood issues don't get lost. Your MP may have the ear of Westminster, but he or she covers a much wider area and we'll bet you a pint that whatever's bugging you about your local area — is the pavement crooked? Do you want more bike racks? CCTV? — it's your council that's responsible. "People don't realise how fundamental the council is to their quality of life," says Val. "An engaged local councillor provides much more than the basics. They can have a huge impact on safety, for example, working with police. Councillors are undervalued and — generally — will fall over backwards to help the local community."

You're voting for three councillors to represent the ward that you live in. There will probably be three candidates from each political party as well as some independents, but you don't have to vote for just one party. Mix and match, if you like. It's a first past the post system: the candidates with the most votes in each ward become your local councillors. It can be hard to find out information about each individual candidate, but if you Google the name of your borough and each party, you should turn up the local website.

If you live in Tower Hamlets, Newham, Hackney or Lewisham, then you also get to choose a Mayor. Unlike other councils, which are headed by the leader of the party with the most councillors, Mayors are elected separately. In theory it can result in a very similar situation to the Mayor of London, where Conservative Boris Johnson heads up City Hall but Labour is the largest political party on the Assembly. Also similar to voting for Mayor of London, it's a supplementary vote system. If you don't know how that works, we wrote a guide to voting during the last London election. We'll have more information on the Mayoral races later in the week.

As if all this wasn't enough, there are also elections to select who represents London on the European Parliament and it uses yet another voting system: proportional representation. We vote as a city rather than for our own boroughs and every vote counts. Seats are allocated, as the name suggests, proportionally according to how many votes are cast for each party or independent candidate. London gets eight Members of the European Parliament (MEPs). Currently we have three Conservatives, two Labour, one Green, one Liberal Democrat and one UKIP MEPs representing our interests.

MEPs are the only directly elected members of the EU. MEPs don't make laws, but they 'keep in check' the European Commission and countries that make up the EU and 'co-decide' (amend) legislation with the Commission. Europe doesn't affect national concerns like income tax, housing or our health service, but does legislate on areas like consumer protection, environmental standards, workers' rights and immigration. The BBC has produced an excellent guide to the European Parliament.

If you're not registered to vote it's now too late (though we did warn you in advance). You should have your polling card but you don't need it to vote. Just make sure you know which polling station you're registered at because you can only vote there (as we found to our irritation several years ago). Hammersmith and Fulham has a handy guide to what happens once you're at the polling station.

Here's a list of all candidates standing to be elected to the European Parliament for London (PDF).

Follow the links for more information about voting and the candidates standing in your borough:

Photo by Simon Kimber from the Londonist Flickr pool