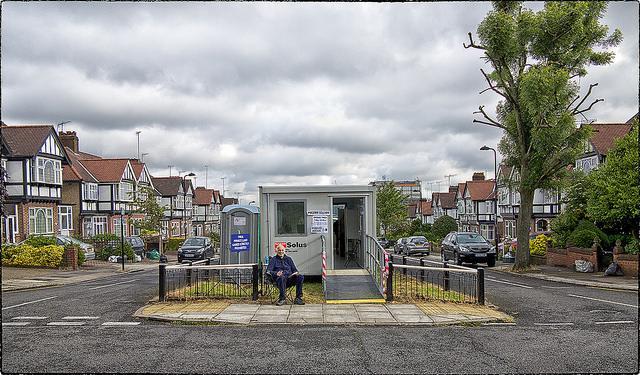 The counting has dragged on and on but results for the 32 council elections and four Mayoral elections are in. Here's what's happened in your borough — click the links to be taken through to the full results. London Councils also has a useful map which shows results for this and previous elections.

The most interesting stories are taking place in Hammersmith and Fulham, where the Conservatives lost heavily in their flagship borough; Havering, which has gone to No Overall Control after electing 24 independents as well as seven UKIP members; Barnet, where the Conservatives hold a paperthin majority; and the massive Liberal Democrat wipe-out, falling behind UKIP and the Green Party in some boroughs. Labour now holds 20 councils in London with Tower Hamlets yet to declare — and there are now four councils where Labour is the sole party or has just one opponent, which isn't great for local accountability.

Labour restores the 100% hold on Barking and Dagenham it lost when four councillors defected to UKIP recently.

It's incredibly tight in Barnet. With the Colindale election not taking place until 26 June (three Labour councillors elected there in 2010) the council is poised between 32 Conservatives, 27 Labour (so far) and one Liberal Democrat — and that Liberal Democrat only won his seat in the pivotal Childs Hill ward by nine votes. That's a change from 39 Tories, 21 Labour and three Lib Dems in 2010. The easyCouncil approach clearly hasn't gone down well in north London. If the party wasn't certain it had a mandate for the outsourcing push before, there's surely an even bigger question mark now.

This election also presumably marks the end of Brian Coleman's career. Former head of the Fire Authority and London Assembly member until he lost his seat in 2012, Coleman was expelled from the Conservatives last year following a conviction for assault. He stood in his old ward of Totteridge anyway and polled precisely 265 votes, putting him fourth from bottom, beaten by two Greens and a Liberal Democrat. It's probably fair to say he won't be missed.

UKIP gain three councillors in Bexley but it doesn't affect the overall outcome of a Conservative hold. The Tories are down seven seats from 2010 to 45 and Labour have gained four to bring them up to 15. UKIP took 12% of the vote and the BNP took 4%, beating the Lib Dems on 2%.

Labour held onto Brent, adding 16 seats — the party now has 56 of the 63 seats on the council. The Conservatives stay on six seats and of the Liberal Democrats' previous 17 seats, only Helen Ginette Carr survives in Mapesbury. (In 2006, the Lib Dems were the largest party in Brent.) Anyone interested in vote share might like to know that despite the landslide in seats, Labour won 50% of the votes (this is what happens under first past the post) while the Conservatives and Lib Dems won 25% and 20% respectively. The Greens got 4% of the vote with UKIP polling less than 1% in the borough. Edit: this section was updated after a commenter pointed out our source for the 2010 elections was incorrect.

Bromley stays in Conservative control with 51 seats but the party lost a few to Labour, which now has seven seats, and UKIP, which has two.

Labour keeps control of Camden, gaining 10 seats to take them to 40. The Conservatives also gained two seats, taking them to 12; but the Lib Dems crashed from 13 seats in 2010 to just one solitary seat in Fortune Green. Former Green Mayoral candidate Sian Berry has taken over the Green seat in Highgate.

Labour has won Croydon from the Conservatives for the first time since 2002: Labour now has 40 seats to the Tory 30. Croydon Conservatives are blaming UKIP, with their leader leader Mike Fisher saying "I believe many UKIP voters were Conservatives who were making a protest and I think they will now be horrified at what they have done". Looking at the votes, that might be the case in Fieldway, New Addington and Waddon but it doesn't seem to be a borough-wide phenomenon.

Labour holds Ealing with 53 seats, an increase from 40 in 2010. The Conservatives' total halves to 12 while the Lib Dems lose just the one to bring their tally to four.

It's another Labour hold in Enfield but the map on the council website is fascinating: split down the middle with Labour taking the east and Conservatives the west, with some mixed voting in the middle for Winchmore Hill, Southgate Green and Bush Hill Park (and Labour's Vicki Pite being the sole Labour councillor in Chase ward, which kind of ruins the map effect). Labour has 41 seats, Conservatives 22.

Labour took three seats off the Conservatives to consolidate control in Greenwich, putting them on 43 seats to the Tories' eight.

Labour's Jules Pipe has been re-elected as Mayor in Hackney with around 60% of the vote. The Green candidate, Mischa Borris, came second with 4,000 more votes than the Conservative in third.

Labour also held the council with 50 seats. The Conservatives completely took Springfield ward and another seat in the new Stamford Hill West ward to give them four, and the Lib Dems held Cazenove ward for three seats.

One of the biggest stories of the night: the Conservative flagship borough was comprehensively stolen by Labour. In 2010, the Tories had 31 seats and Labour 15; Labour now has 26 seats and the Tories 20. Was it voter revolt over Earl's Court, hospital closures or general cuts? Whatever the reason, it's a hefty defeat.

Another bad result for the Lib Dems, losing 14 seats to Labour, leaving them with nine seats on Haringey council. Even the Muswell Hill / Crouch End strongholds are now mixed Labour and Liberal Democrat, which may make MP Lynne Featherstone nervous.

Labour has retaken Harrow after an internal party split last year put the Conservatives in charge. Labour took 40% of the vote and 33 seats — while Conservatives won 41% of the vote and have 26 seats. Again, that's first past the post for you. Harrow has two independent councillors and one Lib Dem. Harrow also voted 2% for UKIP and 1% for Green.

It's very confusing in Havering. Dave Hill described the situation before the election, with various residents' associations and six UKIP defections. The results are as follows: Conservative 22 seats, UKIP seven seats, Labour one seat, but various residents' associations have 24 seats between them. The council has changed from Conservative to No Overall Control. There's going to be an awful lot of horse-trading and deals being struck before Havering can settle down to work. And the Liberal Democrats, you say? Oh, they picked up less than 1% of the vote.

Hillingdon stayed Conservative with 42 seats, although Labour won four additional seats — two in Heathrow Villages — to end up with 23.

Labour has strengthened control in Hounslow with 49 seats to the Conservatives' 11. In the total vote the Liberal Democrats came fifth, beaten by both UKIP and the Greens.

The Liberal Democrats have vanished from the face of Islington, losing all 12 seats (there was a Labour gain in a 2013 by-election). Labour now has 47 seats, with Green Caroline Russell in Highbury East the sole dissenting voice.

The Lib Dems have clung onto one seat in Kensington and Chelsea, in Earl's Court. The Conservatives retain control of the council with 37 seats, Labour has 12 and the Lib Dems 1.

The Conservatives have taken Kingston council from the Liberal Democrats. The Tories won 28 seats with a 40% share of the vote, leaving the Lib Dems on 17 seats with a 30% share. Labour polled 16%, the Greens 7% and UKIP 6%.

Lambeth is another council where the Lib Dems have vanished, losing all 15 seats. Labour consolidates control, adding 15 seats to bring them up to 59. The Conservatives lost one seat and now have three, all in Clapham Common, while the Greens gained their first seat since 2006, in St Leonards.

The Mayoral contest was won by Labour's Steve Bullock, with just over 50% of the vote. The Conservative, Liberal Democrat and Green candidates all hovered around 10-11%.

Eight years ago Lewisham was a rainbow council made up of Labour, Conservatives, Lib Dems, Greens and Socialists. Today, the sole opposition is one Green councillor in Brockley, wiping the Lib Dem party and its 12 seats off the map (again).

Labour was the largest party on Merton council after the 2010 election but without overall control; now they've got a 12 seat majority. Labour has 36 seats, the Conservatives 20, Lib Dems just the one and Merton Park Ward Independent Residents took all three seats in, obviously, Merton Park. The Lib Dems polled just 9%, UKIP 4% — losing three seats where former Tories had defected after being suspended from the party — and the Greens 2%.

No real surprise here: it's a Labour council hold and Sir Robin Wales is re-elected as Mayor — with a whopping 61% of the first votes. The Conservative candidate came second with 18% with UKIP third on 6%. The Lib Dem was beaten into sixth (on 2%) by the Green and the Communities United Party.

Labour also got 60% of the votes for council, retaining every single seat. The Conservatives polled 24%, the Christian Peoples Alliance 5% and UKIP and the Lib Dems got 2% each.

Another poor result for the Lib Dems as the Conservatives take nine seats off them to consolidate Tory control: the council make-up is now 39 to 15. The Greens took nearly 6% of the Richmond vote, with UKIP on around 4%. UKIP also lost the seat they'd gained when Twickenham Riverside councillor Scott Naylor defected. Naylor picked up less than 3% of the vote in the ward, less than the single Green on the ballot.

Labour keeps control in Southwark with 48 seats, mainly taking them from the Liberal Democrats,who have halved their total and now have 13. The Conservatives have two seats on the council, in Village ward.

Sutton is the one bright spot for the Liberal Democrats, where they actually increased their hold on the council and took four seats away from the Conservatives, making it 47:7.

The Mayoral contest went to second preference votes but independent Lutfur Rahman defied recent controversies to be re-elected as Mayor. He took 37,395 votes to John Biggs's 34,143 on a turnout almost double that of 2010.

Council seat votes are still being counted in Tower Hamlets. We'll update this article when the result is finalised, but as of 10am Rahman's Tower Hamlets First party has 12 seats, Labour has seven and the Conservatives three.

The Liberal Democrats are wiped out in Waltham Forest, losing all five seats though they picked up 14% of the vote compared to the Tory 21%. It's a Labour hold, now on 44 seats to the Conservatives' 16. The Greens polled 6%, UKIP 4% and the Trade Unionist and Socialist Coalition picked up 3% of the vote.

It would have taken a massive about-face for the Tories to lose Wandsworth and of course it didn't happen. They did lose six seats to Labour, so the council split is now 41:19.

Westminster stays blue, but the Conservatives lost four seats to Labour making it 44 Tory seats to Labour's 16. The results of the Queen's Park Community Council election are also in.

Photo by Nigel Bewley from the Londonist Flickr pool