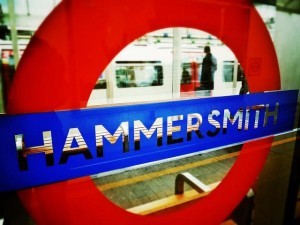 Most councils are still counting the votes following yesterday's election, but the big story so far is that Hammersmith and Fulham, a major Conservative stronghold, has gone to Labour.

H&F has been Conservative since 2006 and a flagship Tory borough for cutting costs and cross-borough working (the former council leader, Stephen Greenhalgh, is now Boris Johnson's Deputy Mayor for Policing and Crime). It's also the council responsible for pushing through the controversial Earl's Court development. But voters have delivered the Conservatives a bloody nose. In 2010, the Tories had 31 seats and Labour 15; now, Labour has 26 seats and the Tories 20.

Hammersmith and Fulham's new leader, Stephen Cowan, says he won't scrap the tri-borough shared services with Kensington and Chelsea and Westminster, but wants to reform them.

We'll bring you more news later in the day.