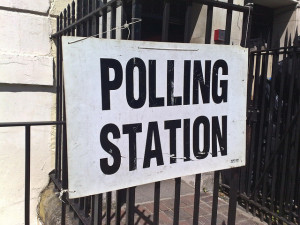 So, the big day is upon us at last. By Saturday morning, London might have a brand new mayor, of the like we haven't seen since, ooh, 2008. On the other hand, the blond bombshell might have won another four years on the city's top job. Perhaps this time, though, he'll find himself answerable to a London Assembly rather more inclined to be critical.

More than a few Londoners, we'd guess, are a little hazy on what powers those they're electing will actually have – or, come to that, exactly how their multiple votes will be counted. So, your ever-loving Londonist thought it might be helpful to produce a brief guide to the city's various political posts, and the electoral system used to fill them. Don’t say we didn’t warn you.

The big one, of course, is our beloved mayor. The powers that come with the post have expanded since it was established – but they're still remarkably few, compared to those of mayors running similar cities.

Mostly, in fact, the mayor's powers are about the vision thing: he* is responsible for setting the budgets and putting together the strategies the rest of London's government has to adhere to. In practice that means a lot of power over transport and planning, some power to scrutinise the Metropolitan Police, and surprisingly little over anything else.

The mayor is elected using a whizzy method called the supplementary vote, which means – this is your lucky day – you get to vote for two candidates. When it comes to the count, the electoral authorities begin by totting up the first preference votes. If anyone gets over 50%, they win. Sorted.

That probably won't happen – if it doesn't, they eliminate all but the top two candidates, and redistribute all the votes for everybody else by their second preference.

What this means is that you can vote for Jenny/Siobhan/Lawrence, without worrying that you're wasting your vote on a candidate you know in your heart of hearts isn’t actually going to win. All you have to do is use your second preference to vote for whichever of Boris or Ken you’d least object to being mayor. (And it will be those two in the last round. You can vote for someone else as a second preference if you so wish, but it’s very unlikely to affect the result. Sorry. Them's the breaks.)

The assembly is the legislature to the mayor's executive. Except, that's a terrible analogy, because legislatures can make laws, and assembly members (AMs) aren't empowered to do much more than glare.

They can't do any of this, though, unless they have a two-thirds majority in favour of doing so, and that's actually quite hard to achieve (although a collapse in the Tory vote on Thursday will make it easier). The assembly can’t do anything unless more than half of them are in the room to do it: that’s what allowed the Tory AMs to halt discussion of the speed limit on Blackfriars Bridge.

The upshot of all this is that it’s a pretty top-heavy political system. For all the limits on his powers, the mayor holds most of the cards.

Assuming this hasn't put you off voting altogether, here's how you do it. The assembly uses the 'additional member system' so, once again, you get to vote twice. (On two different ballot papers this time! Fancy.) Of the 25 AMs, 14 are elected to a represent a constituency, each of which is made up of between two and four boroughs. You simply put a cross next to the name of the candidate you like best and, hey presto, the candidate with the most votes wins.

The other vote, and other ballot paper, helps select the 11 London-wide AMs, chosen from the party’s own lists. Picking these involves a mildly complicated bit of maths, but the point of the exercise is to ensure that the assembly is roughly proportional to London's voting habits. The system is designed to ensure that all parties with more than 5% of the vote get representation. This is how the LibDems, Greens, UKIP and BNP have been able to win assembly seats in the past.

Both the mayor and assembly are actually part of the wider Greater London Authority (GLA), which was established in 2000. The rest of the GLA consists of London's permanent civil service, responsible for economic development, the environment and so on. Its other subsidiaries include TfL and, our personal favourite, the London Fire and Emergency Planning Authority.

Something you won't be voting for tomorrow is your borough council, where elections won't take place until 2014. The boroughs, you'll recall, do the local stuff – running social services, emptying the bins, maintaining the streets and (at least until Michael Gove got involved) keeping an eye on the schools.

Elsewhere in London’s rather fractal constitutional arrangements, you'll find the City of London (whose complicated history means it is run by a corporation and where businesses get a vote); London Councils (which represent the other representatives, and occasionally run things on their behalf); and the Temples (don't ask).

Tomorrow, though, the things you'll be voting for are the mayor and the assembly that scrutinises him. The system is very far from perfect – but it's the best one we've got, and the result of these elections can and will have a real impact on Londoners' lives. Whoever you vote for, please do vote.

*Apologies for the sexist choice of pronoun here: it's simply easier to write something if you commit to a gender. That said, the Mayor is a he, has always been a he and – pending a rather big upset – will continue to be a he for another four years. We don’t like it any more than you do.