Pointing you towards some of the best new books about London.

Jack the Ripper: The Forgotten Victims by Paul Begg and John Bennett 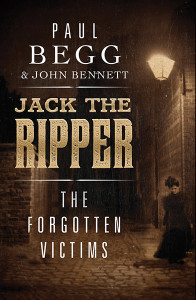 It hardly needs saying that Ripper literature is in no short supply. Last year's 125th anniversary of the Whitechapel murders was grist to a grisly mill, and the number of books proliferated still further. This one's a winner, though.

Instead of retreading the stories of the 'canonical five' victims, the authors examine over a dozen other murders or attempted murders from the same era. The reader is left to question whether these were copycat or coincidental attacks, or perhaps the unattributed work of the Ripper himself. The cases range from further Whitechapel knifings to vile deeds in Northumberland, New York and even Nicaragua that bore the hallmarks of the world's most famous and mysterious murderer. Some of the London crimes, such as the headless torso left in the foundations of Scotland Yard, deserve as much attention as the more famous murders in the East End.

This latest volume from long-time Ripperologists Begg and Bennett is in a different class to the plentiful competitor books: more top-hat-and-cape than smeared butcher's apron. The writing is sharp, erudite and clearly well-researched. In places, the reader is lightly pummelled by minutiae, but one senses the authors are looking to satisfy the existing community of Ripper-hunters and set the piece up as a reference work, as much as presenting a story for the general audience. The balance is generally well handled, however.

Buy direct from the publisher, or from your nearest independent book shop.

The King's Henchman by Anthony Adolph 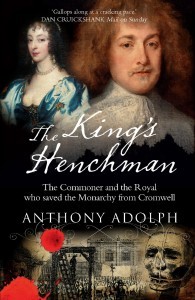 Ever heard the story of Henry Jermyn? This 17th century commoner-turned-courtier gave his name to Jermyn Street and was responsible for building much of St James. But what if he was more than this? What if he was the lover of the Queen and the father of Charles II? The former seems very probable and the latter quite possible, according to the chain of circumstantial evidence laid down in Anthony Adolph's biography, recently released in paperback.

The claims are not new, of course. Gossip surrounded Jermyn and Henrietta Maria in their own time. Adolph ties together several lines of evidence, based on primary sources and no small aliquot of supposition. Repotting the Royal family tree, however, is only a small part of this biography, which looks at 17th century society from a unique standpoint: a provincial commoner who for many years had the Queen's ear (and potentially other anatomies) at his disposal, granting him unrivalled access to the Royal courts of both London and Paris. There's plenty in here, much of it fascinating, but we felt the book might have benefited from a tighter edit. The momentum flags in places and those who aren't already fixated with the era might at times wonder why they should care. 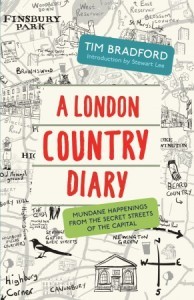 And now for something completely different. Bradford's 'country diary' is based on no scholarship whatsoever and, indeed, wears its ignorance proudly like a big ignorant badge of ignorance. The author, last seen writing/doodling the Groundwater Diaries, here surveys the sights and sounds of his local area: to wit, Stoke Newington, Highbury and Finsbury Park.

The diary-like entries range from the whimsical to the mundane, occasionally knocking on the door of the heartwarming and shouting through the letterbox of the surreal. We enjoy a few notes on 'the sound of foxes having sex' and the 'Dog People of Clissold Park'. We're given a glimpse into the passive-agressive tendencies of the author's local stationers. 'My favourite tree' and (regular feature) 'Plants I don't know the name of' could have been written by a seven-year-old, while vignettes like 'The magic orange' conjure a sagacious, beard-stroking author steeped in the wisdom of life. What's the dewey decimal code for 'idiosyncratic'?

A superb, deadpan introduction by Stewart Lee spuriously places the book into a serious literary tradition, comparing Bradford's half-finished anecdotes and margin doodles to the work of Czech surrealists, Arthur Machen and even Raphael, when we all know the author is just a beardy bloke in a shed with some snails. Another highlight is Bradford's hand-drawn map of the local area, which we recently featured in these here pages. This is a very strange book that will make you titter on the shitter and crave your favourite tree. In summary: WTF?

Buy direct from the publisher, or from your nearest independent book shop. 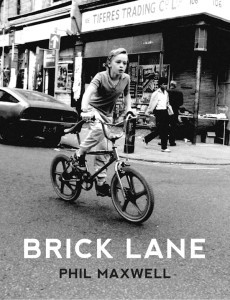 Phil Maxwell has lived in Brick Lane for over 30 years. Over that time, he's built up a huge body of black and white photography, slowly charting the shifting patterns of daily life. This latest publication from the phenomenon that is Spitalfields Life presents over 200 of these images. Most focus on an individual, be it a Bengali shopkeeper, an elderly resident or a passer-by utterly focused on his phone. As a local, Maxwell knew many of his subjects well, and we see the same faces recurring throughout.

The publisher is currently crowd-funding for the next photographic project: a book of Bob Mazzer's unusual images from the tube. Read more about that project here.

Buy Brick Lane direct from the publisher, or from selected independent book shops.

To review in May: A History of London in 100 Places, The Wapping Project on Paper, RHS Chelsea Flower Show The First 100 Years, and The London Pub.