As ever, 1 April has yielded plenty of fake news stories. We will update this article throughout the morning with any London-themed wheezes. 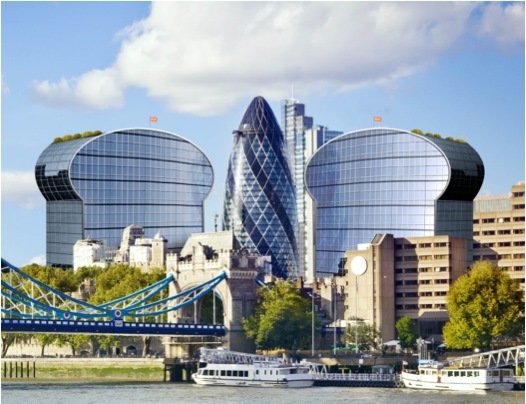 Bread-meddlers Warburtons will build twin skyscrapers in the City of London, to be known as The Loaf. The office complex will rise above the Square Mile, making a sandwich of the gherkin, and offering a multi-storey visual aid for sex education teachers. We're pretty confident that this one's an April Fool's wind-up, as Warburtons' PR firm phoned us twice on 31 March to see if we'd cover it.

Spoof of the day (so far) is this archly observed video about a new pop-up cafe in Dalston.

The world's first BYOC Borderless Cafe allows you to reserve space on a Hackney bench, where you can enjoy a BYO coffee. "Our passion was social entrepreneurship fused with cultural currency," spouts cafe founder Taff. More over on Dalstonist.

Another food-related development comes to us from the University of Greenwich, which will be "opening its very own burger bar serving immune boosting ‘Algae Burgers’ in a bid to get the better of the dreaded ‘Freshers’ Flu’ which afflicts vast numbers of students every year". The algae will be harvested from a university roof and dished up from September. Although this one's press-released as for 'April Fool's Day', and carries a general tone of whimsy, it actually sounds like a viable and practical idea, and we wouldn't be surprised if this is a double-bluff April Fool with an element of truth. 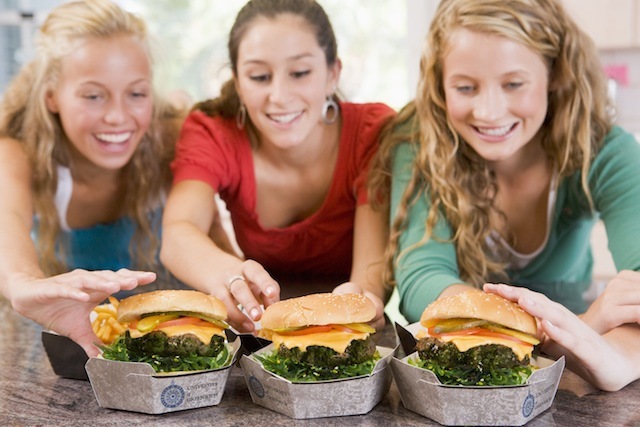 The Hot Dinners site reveals plans to introduce licences to cut down on restaurant queues. Westminster's anagram-friendly councillor Farad Osilploy wants to clamp down on trendy restaurants who don't take bookings, forcing patrons to queue on the street.

In yet another culinary development, Royal Observatory Greenwich has discovered that one of its astronomical knick-knacks was once used for cutting cheese. Former Astronomer Royal Nevil Maskelyne used this 18th century mural quadrant to slice up his stilton. Given that the radius is almost five feet, this seems unlikely.

And finally...To cater for the area's burgeoning foodie scene, Brixton's much-loved Ritzy Cinema is to be replaced by a Little Waitrose. The new store will open on 1 April next year, Brixton Blog informs us.

A 300mph maglev train link between Euston and St Pancras will speed passengers between HS1 and HS2, reports Kings Cross Environment. The only snag? Passengers will have to endure a 7G acceleration and deceleration.

Transport for London will today bring to a close its long collaboration with L'Ecole de Barrage. Diamond Geezer has the scoop on the French theatre company, whose performance art has long been a feature of our city. No longer will we witness their performers blocking escalators and restricting access to platforms. L'Ecole de Barrage's Professeur de Théâtre, Vincent Dubois reminisces how the troupe "trained for weeks to shuffle round in small circles and thrust out our rucksacks in as obstructive a manner as possible".

Time Out's Now. Here. This. blog reports on the mesmeric lighting to be fitted in Crossrail's West End tunnels. We can only wonder what the transport unions will make of the driver distraction.

More Crossrail hilarity from Ealing Today. A colony of rare bats has been found close to the station, meaning a costly rail loop must be built to avoid them. To save costs, the loop will be cambered, meaning passengers will have to wear seatbelts.

Ian Visits alerts us to a lost Hawksmoor church beneath Charing Cross station. It turns out that the mock 'Eleanor Cross' in the forecourt is actually the spire of St Ēostre without Hungerford, as Ian shows by marshalling an impressive collection of archive material. There's a rare chance to see inside the buried church at noon today.

Minicab firm Addison Lee has a neat solution for execs who need to get from the Square Mile to City Airport — an AquaCab developed at the University of Venice. It's not quite clear how the vehicle manages to ride so high in the water. We suspect photoshop technology. 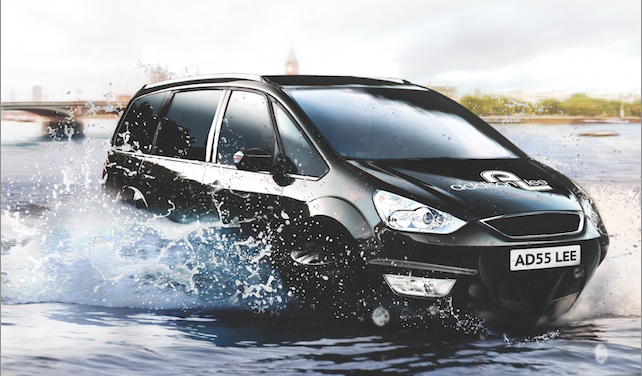 The Wandsworth Guardian reckons the River Wandle could get its own ferry service. The river taxi will run from Carshalton ponds to the mouth of the Wandle. Up to 10 passengers could make the nine mile journey on every boat. Suspiciously named local resident Ali As looks forward to getting some fishing in on his/her way to work each morning.

According to the Time and Date website, Greenwich Mean Time is now obsolete. From July, clocks will be set to a new Prime Meridian in Paris. The shift will require us to advance our clocks by 9 minutes and 21 seconds.

The Royal Albert Hall is to transform its offering by installing a retractable roof. The scheme, which will be ready for the venue's 150th anniversary in 2021, will allow open air concerts. The idea was provoked by the discovery of the original plans for the building, which show a roofless hall.

Southwark Cathedral, meanwhile, has converted its tower into a series of luxury apartments. The redevelopment will help to pay for church upkeep. SE1 brought us this news.

Croydon councillors will be able to attend meetings without leaving home, thanks to an investment in Google Glass technology, says the Croydon Guardian.

The Marine Policing Unit apparently has a sense of humour. 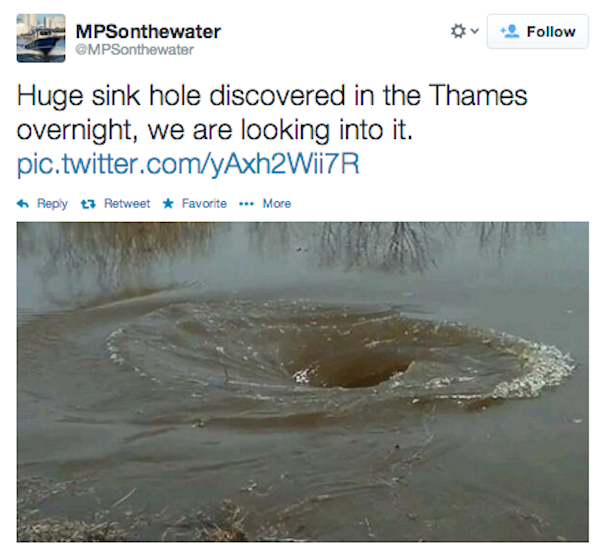 History Extra website reveals that Henry VIII had a seventh wife. Historians have apparently known about Anne Mourgan for many years, but hushed up the forgotten queen so as not to spoil a famous rhyme about the canonical six wives.

The Sun reckons that fracking operations are to begin in the grounds of Buckingham Palace. The paywalled news-comic dubs Her Majesty 'ER Ewing'.

Having previously advocated a garden bridge and a garden city, Boris Johnson is now bigging up a 'garden garden' at his home. A parade of celebrity Johnsons are interviewed by Snipe for their opinions.

Also, the Metro has something about a campaign to ban selfies, but it's written back to front and features celebrities, so we're not sure we can be bothered to read it.

Spotted any other April Fool jokes with a London flavour? Email hello@londonist.com or tweet @Londonist.