A Look At The Reasons Behind The Tube Strike 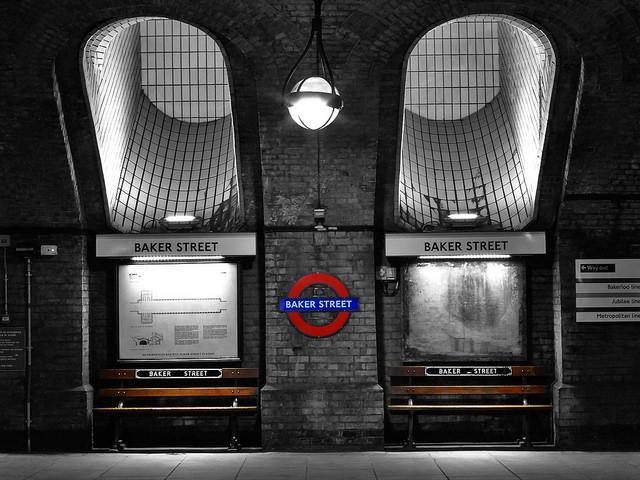 If the imminent tube strikes were to be boiled down to soundbites – and they largely have been – we'd have Transport for London on one side shouting "modernisation!" and the unions on the other shouting "safety and job losses!". As always, things are a bit more complicated than that, so we've taken a look at what's going on behind the scenes.

One of the most contentious issues is the loss of 953 front-line jobs driven by closing all ticket offices. TfL thinks it will need an extra 200 staff to run the 24 hour weekend tube, so we're talking a net loss of 750 roles. But it's not as simple as shifting 200 people from their current jobs into Customer Service Assistant (CSA) roles though, as it's unlikely that someone working during the day will fancy a midnight-8am Piccadilly Circus shift, and many of the jobs being cut are supervisory – moving roles would mean a hefty pay cut.

TfL says it can manage these job losses without compulsory redundancies (this isn't TfL being generous, however; that was a concession won by the unions some time ago). We spoke to one of the RMT negotiators in between ACAS talks on Monday afternoon. He'd just been told by London Underground that 400 people have applied for voluntary redundancy. On Tuesday morning TfL told us 1,000 staff have applied. If the latter is true, the job losses can be managed relatively smoothly for staff. Edit: it's being widely reported that in fact 450 staff have applied for voluntary redundancy so far.

But what of passengers? These 950 people work visibly in stations during current working hours (i.e. not the 200 who will be deployed overnight on weekends from 2015). TfL says that closing ticket offices and getting staff out among the travelling public will make them more visible. The unions say it's still 950 fewer people on the front line. We asked TfL for 'before' and 'after' figures – how many staff are currently available to the public outside of ticket offices and how many will be in the future. A spokesperson said:

"Although we believe we can operate stations more efficiently with a net reduction in staff of 750, far more of those staff in stations in future will be out in public areas where they can help and be seen by customers."

Which isn't really what we asked. We think this is important and have submitted a Freedom of Information request. We'll let you know when/if we hear anything back.

April update: TfL's response to our FOI request was that they couldn't provide the details, because "the details of our proposals, and how they would work in practice, are part of the ongoing formal consultation discussions with staff and trades unions,and are subject to change as a result". We see their point, that it could be unhelpful and misleading to release information while that information is in flux. However, we think it would be useful for Londoners to have a more concrete idea of the results of one of the biggest changes to the Underground in living memory.

It's also worth bearing in mind that London Underground agreed to a station-by-station review of the changes before the second tube strike planned for February, which led to the strike's last minute cancellation by unions. LU has now changed its mind and says that all ticket offices will close. What's up for review now is staffing levels within stations and the timetable for the closures.

How this affects you primarily depends on which stations you use. There are 270 stations on the network; lose 950 front line staff across all those stations, at existing hours (we're not comparing night running to existing staffing levels), and it's an average of 3.5 people a station. London Bridge, for example, has two ticket offices, one of which is open all day, the other most of it. Getting those staff out from behind glass would be extremely helpful – though, as we've said, without exact figures to say who's going from where, it's hard to say just how many of those currently bound to the ticket office will still be employed to help.

If, however, you use somewhere like Perivale, where the ticket office is only open for a couple of hours each day, is it likely you'll see increased staffing levels? Not according to the RMT, who recently published a newsletter for its members working on the Central Line. In outer London, station supervisors will switch from being responsible for one station each to running (in TfL's words) "a small number of local stations". The RMT says there will be a "lone CSA" on duty at stations where supervisors are 'roaming'. We asked TfL if there will be situations where stations are run by single members of staff (what happens when they go to lunch? To the loo?). The response:

"In the future we propose to change how we currently operate our stations, to more adequately reflect the different needs of our customers and to create a more personal service. This will result in more staff taking management responsibility for a lower number of stations, with more staff taking a greater level of ownership and responsibility at the local level at our stations."

Which again, you'll notice, isn't quite what we asked. You can see what status your local station will have with this map (PDF), and an explanation of what the new designations mean. Edit: the BBC's Tom Edwards confirms that some stations will be staffed by one person.

The elephant in the room with these changes is money. TfL is having its grant from central government cut. In 2015-16, £220m will go from the budget. The draft budget (PDF) for the coming year 2014-15 (if we're reading it right) shows the central government grant is £280m lower than this year (PDF). Income from other sources (this is one of the reasons our fares have gone up) is estimated to be £250m higher, but there's still a gap. TfL looks to be pulling £177m out of its reserves but still plans to reduce expenditure by £4.6m from this year to next.

The RMT tells us that TfL needs to save £50m from its station operating budget over the next nine years and suggests this is the driving force behind the changes. TfL denies this vehemently, saying:

"These changes are not about funding cuts, they are about adapting our service to what customers want from the Underground. The trend of ticket sales away from ticket offices has surged over recent years and today less than 3% of all tube journeys involve a visit to a ticket office."

It is true that TfL has been trying to close ticket offices for years. Here's a press release from 2007 (during Ken Livingstone's Mayoral tenure) citing that same 3% figure, heralding the closure of 40 ticket offices to "shift station staff from behind the plate glass windows in ticket offices to the platforms and in ticket halls". Sound familiar? Those closures were ultimately overturned in the run-up to the 2008 election. However, we'd be surprised if budget cuts didn't play any part whatsoever in the decision-making process. Edit: it's been pointed out to us by a City Hall staffer that 3% of all tube journeys equates to 100,000 people a day.

The RMT also told us that the changes on the table only add up to 6% of the savings needed to meet the cut in the government grant, and predicts more changes / cuts / savings to come. Again, we put this to TfL and asked how, if that's the case, they plan to make up the rest of the shortfall. Other than the response already given above, an answer wasn't forthcoming.

So how will this affect us, the travelling public? For most of us on an ordinary, day-to-day journey, the answer is: probably not very much. Without clear figures about where job losses will fall and how they counterbalance getting staff out of ticket offices, it's impossible to say. This makes it very difficult for outsiders like us to say definitively whether it'll be easier or more difficult to find a staff member at a station, or whether there'll be any effect on safety. There is, perhaps, a small clue in recent figures uncovered by Transport for All, where an increase in instances disabled passengers were unable to access stations because of staff shortages appears to correlate with a previous round of staff cuts. We asked TfL at the time but received no response.

We know the fares system is being significantly upgraded soon and we'll be able to do a lot more at ticket machines (for example, we've heard that if you forget to touch in or out, the system will be able to intelligently estimate where you came from / went to and charge accordingly. And, if you need a refund, there's talk you'll be able to do it at a machine). We asked TfL for more details on the improvements but we're going to be charitable and say the press officer probably missed the question as it came at the end of our email.

If you do end up having to make a transaction that needs a human being (maybe if your employer pays for your season ticket loan with a cheque?) you'll probably have to visit one of the Travel Information Centres. These currently exist at tourist gateway stations Euston, King's Cross, Liverpool Street, Victoria and Heathrow, though the Piccadilly Circus centre is due to be replaced by one at Paddington.

So there you go. This is an unprecedented set of changes even before we get into all-night running (which, despite TfL's attempts to combine the two, are really separate issues). We've only scratched the surface here – but we've got no doubt the debate will continue in the comments...