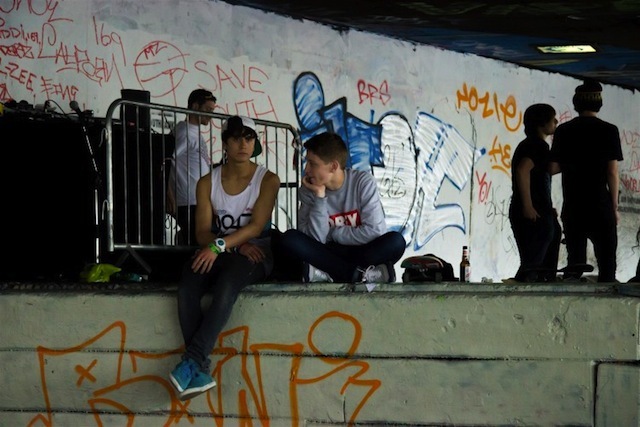 The cultural centre has plans to substantially redevelop parts of the complex, radically transforming the Queen Elizabeth Hall and Hayward Gallery and providing important new art spaces for musicians and artists.

To partly fund the scheme, new retail and restaurant spaces were proposed for the undercroft area, currently used as a skate park. This popular attraction — one of the oldest and most famous skate parks in the world — would have been transplanted upriver to a space beneath Hungerford Bridge. Although the developers made significant efforts to get the skating community on board, the scheme was mostly derided for tearing up a valued cultural gem. The campaign to save the park was vociferous and well publicised.

Then Boris Johnson, who has the final say in the planning process, stepped in.

"I wholeheartedly support the principle of enhancing the world-class cultural facilities at the Southbank Centre and am encouraged by many of the aspects of their plans. However, redevelopment should not be at the detriment of the skate park, which should be retained in its current position."

With such heavyweight backing for the skatus quo, the Southbank Centre's board has now performed an aerial kickturn. In a statement issued today, it promises to hold off submitting the planning application for three months, while alternative funding is sought.

“This is a big setback to a scheme which would serve millions if completed. The case for closing the project down right now is compelling but we feel we owe a last ditch revival attempt to the many people that have supported us over the past four years of planning...But we are under no illusions. We have been handed a massive challenge and we don’t yet see how we will make it work."

It looks like the skate park, also beloved of BMX riders, street artists and just about anyone who wanders past, has won its right to exist. The question now turns back to the Southbank Centre, and how it will fund a scheme that is not just an expansion and revamp, but also includes essential repair work.

Perhaps the money George Osborne had pledged to the nearby Garden Bridge proposal could be reassigned. Or else, maybe the two projects could be somehow woven into one, with a new floating restaurant space in the Thames?