How London Got Its Name

By M@
M@ How London Got Its Name 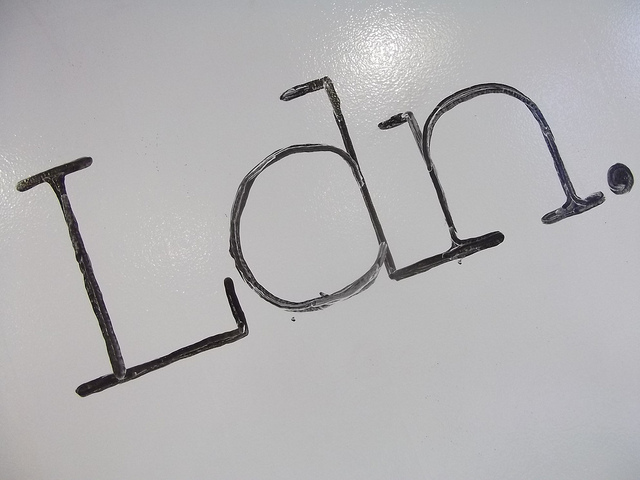 London has not always been London. Successive occupants have used their own phrases for the city. Some are mythical, some are historical and some are vaguely insulting.

People lived in the area we now call London long before the Romans arrived. For millennia, small tribes would have ranged across the land and fished in the Thames. Several prehistoric structures have been discovered. It's possible to see 6,000-year-old timbers during very low tide at Vauxhall, for example. Yet no strong evidence of permanent settlement has ever been found.

With no settled population, perhaps the region had no name until the Romans founded the city around 43 AD. However, it's unlikely that the Romans conjured their name of Londinium from nowhere. Some linguists suggest that they adapted an existing name, possibly Plowonida, from the pre-Celtic words plew and nejd, which together suggest a wide, flowing river (i.e. the Thames). This then became Lowonidonjon in Celtic times, and eventually Londinium. Another theory suggests a Celtic place name of Londinion, either derived from the name of a local chieftain, or the Celtic word lond (meaning 'wild'). There is no consensus and, in the absence of written records, we will probably never know.

12th century scholar Geoffrey of Monmouth played fast and loose with history, and is responsible for one of London's best known origin myths. He tells us that the city was founded by Brutus, an exiled Trojan, who named his new stronghold Troia Nova (New Troy). Over time, according to Geoffrey, this became Trinovantum. There's a whiff of non-fiction about this. The Trinovantes were one of the pre-eminent local tribes encountered by the Romans. Our medieval cleric was probably indulging in some creative wordplay, back-forming Trinovantes into Troia Nova and thence making up the whole Troy origin thing (or else repeating lost sources who did this). Geoffrey takes the story further. Trinovantum was at some point rebuilt by a pre-Roman figure called King Lud, who was eventually buried beneath Ludgate, and hence its name. Lud's city was known as Caer-Lud (fortress of Lud), and later Kaer Llundain. This whole paragraph is firmly in the realms of myth, with no existing source other than Geoffrey. However, you can view a statue of King Lud and his sons outside St Dunstan-in-the-West, not far from the foot of Ludgate Hill.

We now step back into verified historical territory. The Romans founded the first known settlement of any note in 43AD, and at some point soon after called it Londinium. The first written record comes from around 117AD, when Tacitus tells us "Londinium...though undistinguished by the name of a colonia, was much frequented by a number of merchants and trading vessels." Here, he's writing about the city some 60 years before...around 15 years after its founding.

Other sources referring to the city by its Roman name are surprisingly rare, but include grammatical and syntactical variations such as Londinio, Londiniensi and Londiniensium. Around the year 368, the city was renamed Augusta, as shown on numerous coins from the era. It is thought that the name was predominantly used by officials, as a way of highlighting the city as an important imperial centre.

Roman domination of London effectively ended in 410, when the legions were withdrawn to tackle some pressing domestic matters (Rome was being sacked). We know very little about London over the next two hundred years. The city inside the Roman walls was at some point abandoned. Germanic tribes, whom we now call Anglo-Saxons, took over the area and established a colony around Aldwych and Covent Garden. Sources from the 7th and 8th century name this port as Lundenwic, which means 'London settlement or trading town'. In the year 886, Alfred the Great resettled the land inside the still-standing Roman walls, and shored up the defences. The rejuvenated stronghold was known as Lundenburh, meaning the fortified town of London. The old port area near Covent Garden was largely abandoned, and referred to as Ealdwic ('old settlement'). We now know it as Aldwych.

The city slowly grew around Alfred's City and the religious centre of Westminster. Following the Norman conquest, records begin to show the area referred to by its modern name, or similar versions such as Lundin, Londoun, Lunden and Londen. Over the centuries, the spelling settled down on London. However, the geographic definition of 'London' has changed over the years. Until recent centuries, places such as Westminster or Southwark would have been considered distinct from 'London', the name for the Square Mile within the old Roman walls. Even today, we refer to this area as The City of London, a city within a city. Boundary changes, such as the creation of the County of London, and Greater London are fascinating in their own right, but beyond the scope of this article.

As well as official names, the capital has also attracted a number of sobriquets over the years. Probably the most famous is The Big Smoke, The Old Smoke, or simply The Smoke. These names refer to the dense fogs and smogs that would permeate the city from ancient times. These were greatly exacerbated by the Industrial Revolution and the incredible growth of 19th century London, which created millions of new chimneys. The name was revived in the 1950s, when the city's worst ever smogs claimed thousands of lives.

Another, less well known nickname for London is The Great Wen. A 'wen' is what today we'd call a sebaceous cyst. The phrase was coined in the 1820s by William Cobbett, who was comparing the rapidly growing city to a biological swelling. The phrase lives on in the name of an excellent London blog by journalist Peter Watts (who, incidentally, previously edited a much lamented section of Time Out called The Big Smoke).

Perhaps in an age dominated by rapid communications and time-poor typing, London will eventually be officially contracted to LDN, a name gaining traction in recent years on the back of other city abbreviations like NYC and LA.

As you can see, our city has enjoyed many names over the millennia. Yet, it's been pretty stable for the past 900 years. Time for a change, we reckon. So please unleash your best suggestions — silly, serious, mildly offensive, whatever... — in the comments below. Perhaps we can effect a change for the 2000th anniversary of Londinium in 2043.

See also: How London's boroughs got their names.