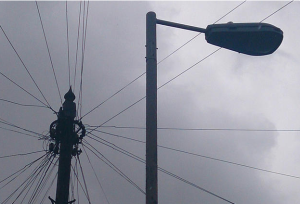 At 11am on 11 November, London and the rest of the country will fall silent to mark Remembrance Day. Before and after that two-minute period of reflection, over 30 artists will commemorate London tragedies, with respectful and thoughtful performances near the sites of wartime tragedy. In particular, the event recalls the locations of Zeppelin and V-rocket attacks to explore the silence perceived during war and conflict. Each performance will tell the story of its own particular location, as if the memory were being conveyed by the place itself rather than a person.

Silent Cacophony events take place in many areas of London, both central and suburban. To illustrate what you can expect, here are three examples:

The map below shows all the events happening around town, with times and locations. Some take place around the two-minute silence, others are earlier or later in the day. All events are on 11 November unless otherwise stated.

While rooted in London, Silent Cacophony is also an international commemoration. Artists will also participate in the USA, Holland, Lebanon and other UK towns. For example, Nancy Esposito will type a poem on her laptop in Boston, USA, which will instantaneously be transferred to the keys of an old typewriter in St Bride's Institute off Fleet Street. Meanwhile, another group will tour the forests near The Hague, where the RAF mistakenly killed civilians while searching for rocket launch sites. Silent knitting events will also take place across the country.

This is the 5th annual Remembrance event by abstract live performance art company Platform-7. The event is supported by Arts Council England, SHM-Foundation and Queen Mary, University of London. Londonist is acting as media partner.