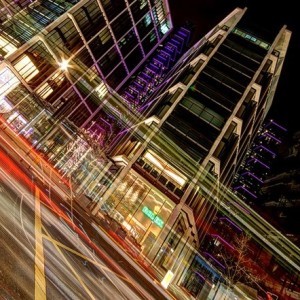 And so to the latest round of Mayor's Question Time, in which Boris Johnson manages to last a whole eight minutes and 15 seconds before taking a sideswipe at his predecessor. We're starting to think we should keep a record so we can draw up a handy chart for readers.

With the mayor back from his recent jaunt to China with chancellor Osborne, the first topic on the menu was the recent announcement that visa rules for Chinese students would be relaxed. It goes without saying that assembly members were less than impressed, with Jennette Arnold basically asking if it was all just a big stunt because they were visiting China (surely not) and why weren't rules being relaxed for other nationalities. Labour AM Andrew Dismore took up the baton over alleged harassment of Chinese people in Chinatown by the UK Border Agency, describing raids as 'discriminatory' and prompting Boris into a diatribe about how illegal immigration is somehow all Labour's fault.

With the recent inquest into the deaths of two cyclists, and the subsequent coroner's recommendations, it's hardly surprising that cycling safety was high on the agenda at MQT. The mayor's comments echoed those of witnesses at the inquest — that in some areas the blue painted highways are giving cyclists a false sense of security. Again, the topic of segregated cycleways was raised and although Boris is always keen to display his cycling credentials, he does make the point that segregated lanes are not necessarily a magic bullet, but remains committed to improving safety:

"We want to make them as safe as they possibly can. No solution will ever be perfect."

Having been prevented from reading out statistics on immigration, Boris was clearly desperate to provide statistics on cycling instead but was headed off at the pass by Green Party AM Jenny Jones. Never one to miss an opportunity to play to an audience, the mayor cried that the statistics were being suppressed and he was being gagged, cue laughter from the public gallery.

The other usual suspects of housing and transport didn't fail to come up, and we're pleased to learn that Boris Johnson agrees with us that the number one problem facing London is housing. Unwelcome, erm, developments in that arena which have recently come to light are developers segregating affordable housing from private by means of separate entrances, or offering local authorities money to build affordable housing somewhere other than in their development.

Tom Copley was keen to ask what had happened to the mayor's long-promised housing strategy, a question which Boris didn't really have an answer for, instead falling back on statistics and a bit of bluster. This rather opened the floodgates for housing horror stories, taking in key workers, mortgage arrears, the 2008 housing crash and bailiffs. Once again, Boris was keen to defend foreign investment in getting the shortfall in London's homes built. Quite who's inhabiting these homes is another matter. We do owe appreciation to Darren Johnson for some of this month's round-up after he pointed out the difficulty of anyone trying to transcribe (or even follow) the debate when it was reduced to a shouting match between the Assembly and the Mayor.

On the transport front, despite being receptive to part-time travelcards, the mayor has effectively ruled out the idea, instead favouring retaining simplicity of the ticketing system and a cap on one-day travelcards. Caroline Pidgeon pushed for a three-day cap on Oyster PAYG but received a flat refusal from the Mayor.

So there you have it. You can watch the webcast here, and there's a list of the agenda and supporting documents here.

MQT trivia: 0.2% of London burglars are over 60. We'll leave you with that thought.

Photo by David Henderson in the Londonist Flickr pool.