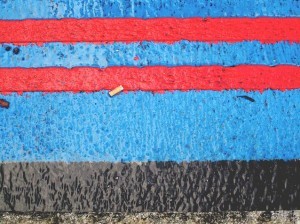 The coroner's report (PDF) into the two cycling deaths on Cycle Superhighway 2 – Brian Dorling and Philippine De Gerin-Ricard – has been published, and it calls on the Mayor and Transport for London to take action to prevent future deaths.

Coroner Mary Hassell believes more deaths will occur unless changes are made. She is particularly concerned about the unbordered sections of cycle superhighways, which have no legal status but are "lulling [cyclists] into a false sense of security" believing that they have priority. She also says some cyclists believe they have to ride on the blue paint even when, in reality, that may not be the safest position for them. The superhighways are also confusing motorists.

In addition, Hassell calls for more education for cyclists and motorists, and innovative solutions to make junctions like the one by Aldgate, where Ms De Gerin-Ricard died, safer. The Mayor and/or TfL have to respond by 16 December.

Judging by recent comments from TfL and the Mayor, however, cyclists shouldn't expect a Damascene conversion to all-segregated cycle lanes. The BBC's Tom Edwards spoke to someone from TfL, which seems intent on blaming Mr Dorling's death on the fact that both he and the lorry that hit him went through a red light, despite the coroner saying this had no effect on the outcome and that the road design was at fault.

TfL spokesman: We do need to make sure that road layouts are safe, as safe as they can be. We've altered it once, and no doubt we'll alter it again.
Tom Edwards: The red lights though, aren't they irrelevant if he's in the wrong position, red or green, if they both go through that junction he's still in the wrong position due to your cycling superhighway.
TfL spokesman: No. If you cycle or drive through a red light you're likely to have an accident.

This is always going to be an extremely difficult challenge for us on the streets of London. But I can't guarantee to Londoners that we are going to be able to produce segregation everywhere that it is desired.

In related news, Kings Cross Environment blog has had confirmation from the CPS that TfL will not face manslaughter charges over the death of Min Joo Lee on Grays Inn Road in 2011. An inquest into her death is set for 17 December.

You also might be interested in a section from TfL's contract with Barclays over cycle hire sponsorship, spotted by Mayorwatch. It lists 'crisis management issues' that could affect the brand, and appears to rank non-life threatening/changing injury to a celebrity on a Boris Bike as higher than similar injury to one of us civilians, whose grazed knees or broken arms are apparently considered as serious as small scale vandalism. Nice.