By Franco Milazzo Last edited 106 months ago
Franco Milazzo Google Maps Reveals Tardis On London Street
Google Maps is not without its (presumably) unintentional oddities. We've already pointed out the landmark that is Tessa Jowell, the mysterious Royal College of Searchers, a brand new tube line extension and a burger outlet on a bridge.

A new bit of strangeness has, appropriately enough, appeared out of thin air. Those trundling along Earls Court using Google Streetview may spot a familiar blue police telephone box. Nothing strange here — the box has been there for years. Move along, move along. 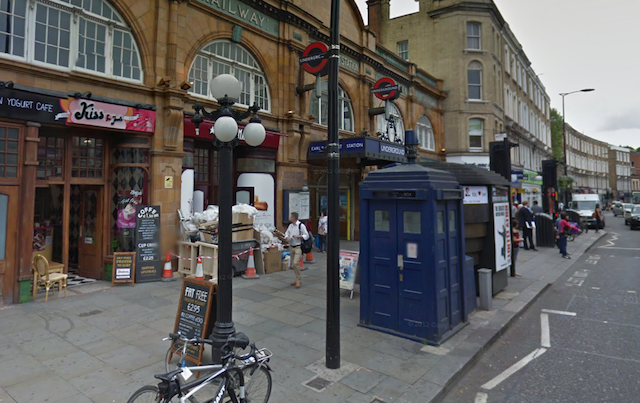 Except for one detail: a double chevron pointing right at the box practically implores the curious to dive in with a cry of "Geronimo!". Once inside, there's a 360-degree view of a TARDIS control room replete with handles, buttons and blinking lights. Explore for yourself by following this link.

The time machine's ancient owner is nowhere to be seen in Google's latest Easter egg. Has he maybe popped out to save London from another alien menace yet again?

Not enough? The cheeky reviews are worth a gander. Did we mention that the Tardis was bigger on the inside than the outside?