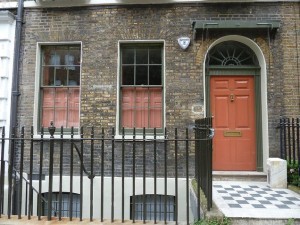 Boris Johnson has launched the London Rental Standard, a voluntary scheme for landlords and letting agents in the private rented sector, in the hope of promoting an increase in landlord accreditation and standards.

City Hall won't accredit anyone itself, but has laid out a minimum set of standards that other agencies must abide by, including:

There will also be a publicity campaign to make sure tenants know their rights.

In theory this is all grand, but the fatal flaw is surely that the scheme is voluntary. Landlords who comply with these rules anyway will sign up; landlords who think it's too much faff to ring a plumber for your broken boiler in January within a fortnight, or break multiple occupation rules, or are responsible for 'beds in sheds' aren't going to bother are they? In this, as so much in life, it's likely to be the poorest Londoners who lose out, the ones whose landlords think tenants should just be grateful for having a damp-ridden bedsit and not expect things like their deposit back.

There's also nothing on several issues that came up again and again when we asked around for solutions to London's housing crisis: longer and more secure tenancies, annual rent hikes or extortionate letting agent fees (agents will have to make clear what their fees are, but there's nothing to cap what they can charge).

It's a small step in the right direction, but still a long way to go.

See also:
London Rents Rise By a Third in Three Years
Where Are London's Cheapest Homes?