A Bridge Too Far? Response To TfL Consultation Published

By BethPH Last edited 113 months ago
BethPH A Bridge Too Far? Response To TfL Consultation Published 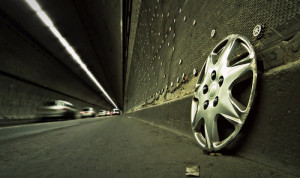 The continued debate over east London river crossings received new input yesterday after Transport for London (TfL) published the responses to its consultation.

While there doesn't appear to be much doubt (at least among respondents to the consultation) that a new crossing is needed, the thorny issue is what form it would take. A proposed Gallions Reach crossing won 71% of the votes, 76% favouring the controversial Silvertown tunnel option and 51% backed a ferry service at Gallions Reach. Perhaps unsurprisingly, not very many of those in favour of a fixed crossing wanted to stump up the cash via tolls to pay for it.

Despite getting backing from the Transport Secretary last year, and the numerous plans and consultations which have taken place in the last 13 years at a cost of £43m to TfL, an option which pleases more people than it upsets has yet to be found. London Assembly Green Party member Darren Johnson said that a "truly staggering amount of public money" was being used for links which the public "do not support" — an assertion not quite supported by the response to TfL's consultation as far as we can see.

The Silvertown tunnel has been the subject of fierce opposition and with a recent Supreme Court ruling that London's levels of air pollution are illegal, the pressure to reject further road crossings will probably only increase. But the strain on the current crossings remains constant — the Dartford crossing is gridlocked on a near-daily basis while the Blackwall and Rotherhithe tunnels are plagued by frequent closures.

The thing is, unless the mayor makes a decision on a new crossing (however unpopular it may be), it's likely that we'll still be writing variations on this article in 10 years time. And none of us wants that.

Read more about the consultation here.