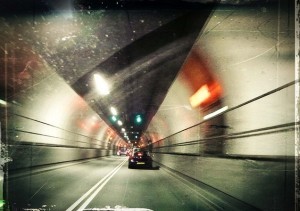 The proposal, which won government backing earlier this year, looks set to have a sting in its tail — imposing tolls on the existing Blackwall Tunnel to fund the Silvertown crossing. Until now, there had been no mention that tolls would be needed to pay for the new crossing. TfL's consultation paper says:

There is currently no funding set aside in TfL’s budget for the major infrastructure projects outlined in this consultation. This means that in order to deliver them we would need to identify a means of paying for them.

We believe that the most appropriate way to fund the projects would be to charge a toll for using the Silvertown Tunnel and any new crossing linking Thamesmead and Beckton. Tolling would provide a new revenue stream to pay for the crossings, and would ensure that those who benefit most from these new projects – by using them – help to pay for them in return. Some of the people who responded to the previous consultation on river crossings suggested that tolling would be a good way to fund the investment.

Funding of the project has always been the elephant in the room — Boris Johnson favoured sponsorship from the private sector for the cable car and the cycle hire scheme, both fraught with their own difficulties and neither covering the full cost. But has the high-profile criticism of private funding pushed TfL to find another route? The mayor doesn't agree, telling LBC 97.3 that TfL will have to get creative:

"These projects - big big infrastructure projects - don't grow on trees. We've got to look at all the options of how to finance that and it is only sensible that in the consultation which is going on at the moment we should ask people about tolling. I certainly won't be putting in a toll in my Mayoral career... my Mayoral lifetime..."

Which sounds rather as though he's made TfL's decision for them already. And as 853 Blog points out, tolling of the existing crossing certainly wasn't in Boris's manifesto and isn't going to go down well with the people who need to use the Blackwall Tunnel every day. TfL's claim that a toll would encourage drivers to encourage drivers to consider whether they could use an alternative route or travel at a different time isn't going to win many supporters either.

As we've pointed out previously, few people would choose to drive into east London in rush hour unless they had to. As for alternative routes, we were under the impression that the lack of road crossings in the east is precisely why the Silvertown crossing is under consideration in the first place. Green Party AM Darren Johnson disagrees with the need for a further road crossing:

"The mayor will please very few people with his announcement that tolls would have to be imposed to pay for a new road across the Thames. Those of us opposed to the Silvertown Crossing because of its dreadful impact on air pollution will remain opposed.

Moreover, I suspect many of those who were originally in favour of a new road crossing will hate the idea of having to pay tolls on the Blackwall Tunnel. Given there are now far more public transport options for crossing the Thames in east London, there is really no need for a new road crossing."

Much as we agree that one of the better Olympic legacies has been the improvement of public transport in the east, it's simply not viable for everyone who needs to use the roads.

Further to the east, the tolls at the Dartford crossing went up at the beginning of October. TfL says that charges at Blackwall are likely to be similar (£2 for cars £2.50 for two-axle goods vehicles, and £5 for HGVs). The fact that Dartford is still tolled at all is a point of controversy — famously, the toll was meant to be abolished once the cost of the crossing had been recouped but when this happened in 2002, it was decided to continue tolling. A further toll on an equally congested crossing will almost certainly provoke a critical response from motorists already cynical from the rocketing cost of driving.

Give your views on TfL's consultation here.

Photo by buckaroo kid in the Londonist Flickr pool.