Churchill And Westminster To Feature On New Five Pound Note 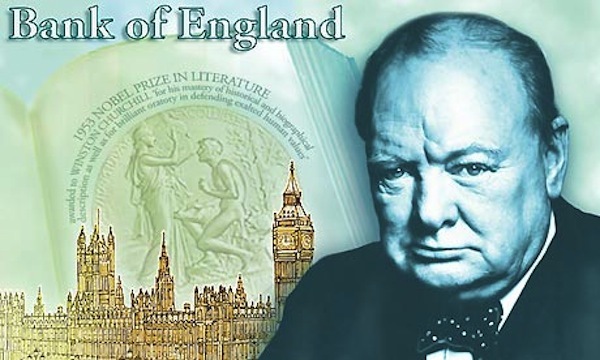 Elizabeth Fry's tenure on the five pound note is coming to an end. The Bank of England today announced that her replacement, from 2016, will be Sir Winston Churchill.

The wartime leader will be pictured in front of the Houses of Parliament. The famous clock will show 3pm, the hour on 13 May 1940 when Churchill declared: "I have nothing to offer but blood, toil, tears and sweat". That quote is included beneath his portrait. The design also nods towards Churchill's 1953 Nobel Prize for Literature.

"Our banknotes acknowledge the life and work of great Britons. Sir Winston Churchill was a truly great British leader, orator and writer. Above that, he remains a hero of the entire free world. His energy, courage, eloquence, wit and public service are an inspiration to us all."

Most news sites have covered the story. Yet they all fail to ask that most important of questions: what happens if you do the old pub trick of folding the design in half and lining it up with the Queen's face on another note? Answer: You get Michael Winner in a wig. 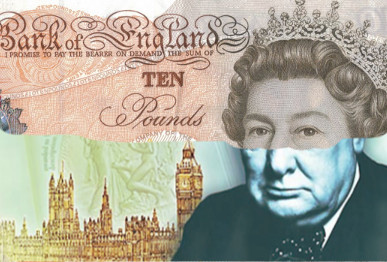