Cheap London Theatre: Where To Get Tickets For £15 Or Less 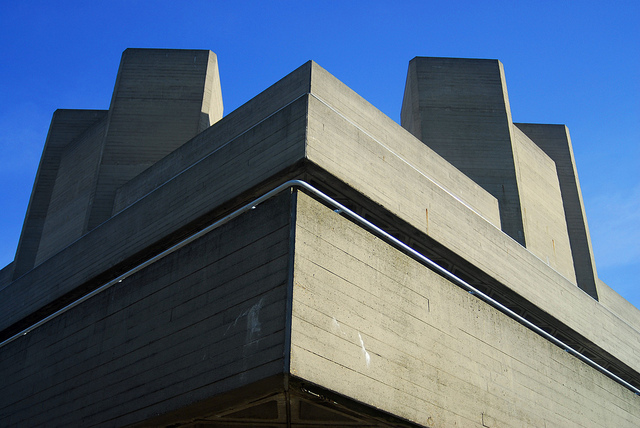 We nearly fell off our chairs on seeing a news story about how the average price for the best seats at West End shows is now nearly £80. £80? Who can afford that on a regular basis? No wonder when we go to the theatre we're often the youngest people there. The average price paid overall is £38, but we think we can do better than that. So we put our heads together and came up with major London venues where you can get a seat for a maximum of £15.

Of course, there are catches. Sometimes you have to queue in the morning, the view is restricted, the legroom isn't great or you have to stand. But we've roadtested most of these options and haven't found them to be £65 less enjoyable than the top seats. These tips won't get you into a major West End musical on a budget, but they can get you in the same space as a big name and some special theatrical magic.

Shakespeare's Globe
It's not easy on the feet, but the best experience at the Globe is standing in the Yard. To be a groundling costs a mere £5. There are also some restricted view seats for £15.

National Theatre
£12 tickets are available for most productions, limited to two per person, but the sightlines are pretty good. You can get into sold out shows (or shows with only top bracket tickets left) by queueing on the day: the box office opens at 9.30am (12pm Sundays) with a limited number of £12 seats and £5 standing tickets for all shows. We usually find getting there by 8am is fine, though you can double your chances by queueing on a day with a matinee and evening performance.

Donmar Warehouse
The Donmar is so small and has such an enthusiastic membership that it can be hard to get tickets by booking normally. Luckily, they have two cheap ways in: £10 Barclays Front Row tickets go on sale at 10am each Monday (and are, as the name suggests, in the front row) and £7.50 standing tickets are available from the box office on the day if you're happy to queue.

The Old Vic
The restricted view seats along the sides of the top circle are all £11 as standard – not great on legroom, but sit in the front row and it's quite comfy peering over the rail. If you're under 25, there are 100 £12 tickets for all performances. Southwark and Lambeth residents can get tickets at £5 or £10 for certain performances with proof of address.

Young Vic
There are £10 tickets available as standard, and for full time students and people under 25. If you're 60 and over you can get weekday matinee tickets for £15. Southwark and Lambeth residents can get tickets for free! For sold out performances, there are some £10 tickets available at the box office from 10am each day and £5 standing tickets which can be reserved in person or by phone.

Almeida Theatre
Some seats at the edges of the theatre go for £8; you may have to peer round a pillar, but we've done it and it's not as bad as it sounds.

Lyric Hammersmith
Seat prices start at £12.50 and if you live in Hammersmith and Fulham you can get two free tickets to the first night of all productions.

Soho Theatre
The earlier in the run you attend a show at the Soho Theatre, the cheaper it is – often a tenner.

Arcola Theatre
Every Tuesday the Arcola sells a limited number of tickets on a Pay What You Can basis. They suggest £5 and are available from the box office at 6.30pm.

Tricycle Theatre
Kilburn's Tricycle also has a pay what you can scheme on Tuesdays, minimum contribution £5. Tickets cost £14 on Mondays and there are £10 'earlybird' tickets available for productions.

Michael Grandage Season
Not strictly a permanent venue, we admit, but the season is running until February 2014 so we thought it was worth a mention. Three productions remain with big names like Daniel Radcliffe, Jude Law and Sheridan Smith; balcony seats cost £12 as standard and £10 tickets for each production (including the current Peter and Alice) are released each morning at 10.30am. Again, expect to queue.

There are sometimes booking fees on top of these prices, but that can usually be avoided if you buy direct from the box office. Another interesting discovery is that if you buy online/over the phone and opt to collect tickets from the box office on the night, if there are better seats going spare elsewhere in the auditorium you'll sometimes get an upgrade.

Do you know about a good deal we've missed out? Let us know in the comments.