Peter And Alice Review: A Letter From JM Barrie To Arthur Llewelyn Davies 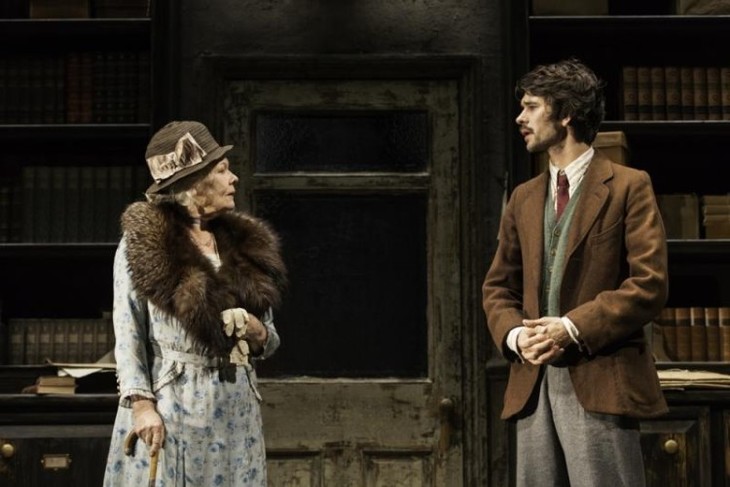 Well, old chap, this one’s a little different. It features more of your third son, Peter, and less of the fictional Peter Pan. And it’s woven together with the story of Alice Liddell Hargreaves, the girl who inspired Alice in Wonderland back in the day. They met, you see, at a bookshop in the 1930s. Our darling Peter was 35, and Alice an old woman of 80. An American playwright, John Logan, takes this meeting as his inspiration; the ensuing 90-minutes muse on the nature of childhood, the draw of fantasy, memory, loss, celebrity and several other things besides.

One wonders if the poor chap hasn’t bitten off more than he can chew. It’s nothing like the simple brilliance of my Peter Pan. As a fellow writer, I’ll concede there are flashes of genius, but much of the dialogue feels forced. When the two fictional characters of Peter Pan and Alice arrive on stage to argue with their real-life muses, the show steers a little closer to the kind of fantasy that I enjoy, as you know; but rubbing the quartet together like this doesn’t quite produce the spark one might expect.

Happily the two actors playing Alice and Peter are top notch. As Alice, Judi Dench moves deftly from haughty matriarch to love-lorn debutant, and even offers us moments of a 10-year-old Alice without being cloying. A fellow called Ben Whishaw takes up Peter. He’s terribly sad and defensive; I can’t help wishing he’d lighten up and remember the good old days with a bit more forgiveness.

You and I show up too, old bean. I’m afraid you’re already in your chair, riddled with that disease. The chap playing me is wonderfully good looking, perhaps a touch too arrogant.

At the end of the night I suppose I was most struck by the extraordinary sadness of your family’s story. But pretty much every Tom, Dick and Harry was affected by that war. I don’t know why being the inspiration for a children’s story would make your loss any more dramatic than the next chap.

On a final note, I have to tell you about the tickets. Now, I might have a reputation for being a miserly old Scot, but it astonished me to learn that some of the crowd had paid nearly 80 guineas for their seats! And it has sold out. I was lucky enough to sneak in on a seat bought on the day, for just ten bob.

Peter And Alice plays until 1 June at the Noel Coward Theatre, 85 St. Martin's Lane, London, WC2N 4AU. Most tickets are sold out, but you can queue and get £10 tickets on the day. Londonist saw the show on a complimetary review ticket. For a more traditional review of the show, choose from the Telegraph, Standard, Guardian, FT, or Independent.