Things To Do In London Today: Wednesday 6 March 2013


GIVE BLOOD: You can donate blood at Walworth Church of Jesus Christ, or at St Olave Parish Hall, Fenchurch Street. Free, just turn up, see website for times and conditions

EXOPLANETS: Know your hot Jupiters from your super Earths? Gresham’s Carolin Crawford describes themenagerie of exoplanets, and how astronomers spot them, at the Museum of London. Free, just turn up, 1pm

ARCHITECTURE: Simon Thurley concludes his series of lectures on English architecture, with a talk at the Museum of London about the built environment post-WWII. Free, just turn up, 6pm

POPULATION: The Grant Museum’s ‘Big Question’ this month is ‘should we control human population growth‘ to better manage dwindling resources? A free glass of vino and a tour of the museum follow. Free, just turn up, 6pm

FILM: Back to the Future seems to be on the programme of every pop-up cinema for some reason, and the Underground Picture House in Spitalfields' The Water Poet is no exception. Still, it's one of the best films ever made, in this or any other time period, and screens tonight alongside a tasting of Maritime beers. £6, prebook, 6.30pm

MEDIA: Tom Watson MP and Martin Hickman are talking about Rupert Murdoch’s media empire and how it’s contributed to the corruption of Britain, at Waterstones in King’s Road. £5 including wine, prebook, 7pm

BEDSIT DISCO QUEEN: Tracey Thorn is talking to Pete Paphides at the Big Green Bookshop about her new autobiography. £20 including book or £10, prebook, 7pm

SPRING: The wonderfully eclectic Salon London returns, this month themed around different types of ‘spring’. Talks include an update and background to the Arab Spring, the wildlife sounds of spring, and insights into Stravinsky’s The Rite of Spring. Yes, eclectic is definitely the word. £12, prebook, 7pm

MUSIC: Continuing our long tradition of recommending bands we've never heard of, based entirely and recklessly on their eye-catching names, tonight you can see The Milkbar, Giant Burger, Hearse Pileup (well, really!), and Clockwork Era at Rhythm Factory in Whitechapel...all for free. Free, just turn up, 7.30pm

COMEDY: We still occasionally hiccup with laughter at the memory of Idiots of Ants’s show Model Citizens, so it’ll be fascinating to see what two of their number – Andy Spiers and Elliot Tiney – do in a new sketch show at the Hen and Chickens. The night’s a double bill with Fraser Millward. £6, prebook, 9.30pm

Please send any tips for the following three sections to matt@londonist.com 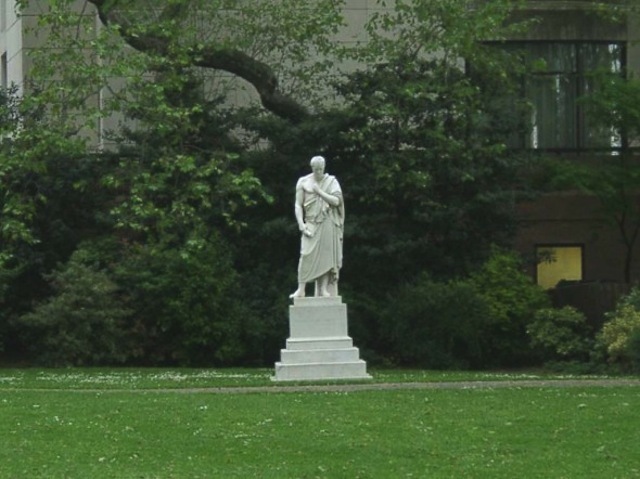 Today's random fact is sent in by Renee Bird, and it goes a little something like this. The statue in Pimlico Gardens (above) is of a politician from the early 1800s called William Huskisson MP. While he led an honorable, noteworthy life, it his death that is now most remarkable: he was the first person to ever be run over and killed by a train, no less than George Stephenson's Rocket.

Good Cause of the Day
Walk in Her Shoes is CARE’s fundraising campaign based around International Women’s Day (8 March). The campaign encourages women in the UK to walk 10,000 steps a day for the first week in March and raise money for their efforts, and to raise awareness of the huge distances many women and girls in developing countries must walk every day for food, water and firewood. Although we're already part-way into the week, you can still sign up, and take part in a special one-off event on the 8th, when Dr Helen Pankhurst and daughter Laura are to lead a march of Olympic Suffragettes through London. CARE will provide a pedometer, t-shirt and fundraising support to all who participate. Find out more here.

London Weather
Today's forecast is drawn by George, age 4, and was sent in by his mum Anna Southgate (@skinblisterblog). As you can see, it's going to be a rather damp start to the day, especially for silhouetted Londoners sitting in hammocks. Plenty of LOLs high up in the sky to cheer us up, though. Lovely work, George! Further infant forecasts welcome...please send to matt@londonist.com 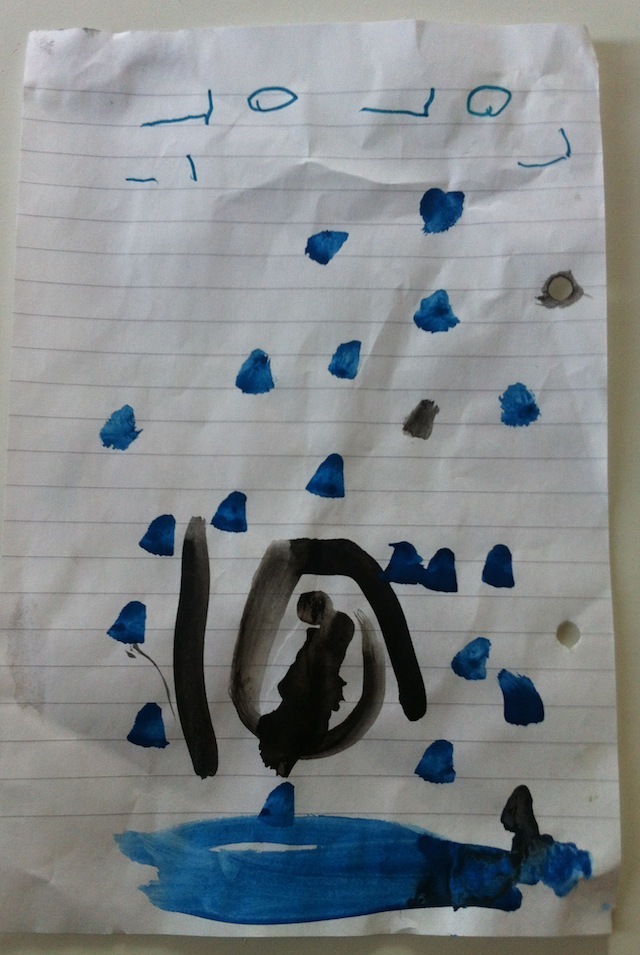