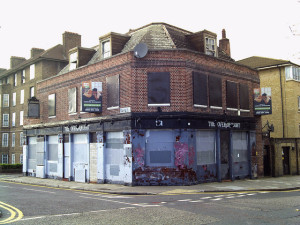 A new report from London's Conservative Assembly Members looks at the state of the capital's pubs, and comes up with ideas for how to save them.

CAMRA's Capital Pubwatch calculates that London's lost 414 pubs in the last decade (not including pubs that closed then re-opened later), with south east London – particularly Lewisham – faring particularly badly. Though if you're looking for net pub openings, south west London appears the area where you're most likely to find them. Around half of closed pubs are changed into cafes, restaurants and other types of bars, roughly a fifth get converted into flats and slightly fewer than that become shops.

The report pooh-poohs the idea that the smoking ban killed off many pubs, and instead suggests that the economic downtown and 'manufactured failure', when pubcos deliberately try to force landlords out of business to cut their own losses, are more to blame. But what's more useful is case studies and recommendations for saving much-loved locals. The Catford Bridge Tavern was protected because of how quickly it had become vital to the community; staff and regulars bought The Hope in Carshalton, turning it into a real ale pub; and the fight to revive The Castle in Battersea is ongoing, with Wandsworth Council due to decide whether to list the pub as an Asset of Community Value next week.