Westminster Spending Over £2m On Hotels For Homeless Families 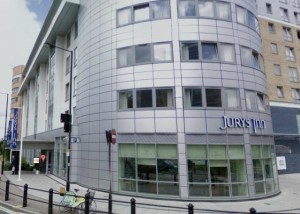 BBC London has shown that Westminster council has spent more than £2m this financial year housing homeless families in B&Bs and hotels, because housing benefit cuts and a shortage of suitable properties have left them with nowhere else to go.

Westminster isn't the only council placing families in B&B accommodation. In December we saw that several boroughs were breaking the law that's supposed to limit these temporary placements to six weeks – but what else are they supposed to do? Councils have a statutory duty to house anyone who turns up and is homeless; benefit cuts have led to more people becoming homeless and councils are struggling to find anywhere else families can afford. And that's leading to councils spending more on hotels than they were on housing benefit. This may be the very definition of a false economy.

You might say that if people can't afford the rent in Westminster, they shouldn't live there. Well, we're in the middle of some research on this very subject and it's looking like if you're on a low income in London, it's quite difficult to live anywhere without the kind of state help that's being scaled back. More on this to come, and we suspect more of these seemingly-illogical housing stories to come too.

Image of one of the hotels Westminster are using from Google Streetview.