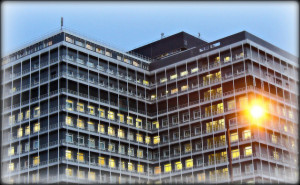 Hammersmith and Fulham Council is trumpeting a victory over plans to downgrade Charing Cross Hospital. The A&E, along with three others in north-west London, was due to be turned into an Urgent Care Centre and the rest of the hospital's specialisms sent elsewhere. The A&E will now be retained in some form and the hospital will become a Specialist Health and Social Care center, keeping its cancer and teaching specialisms and receiving £90m of investment.

The A&E settlement is very similar to that proposed for Lewisham, which we noted last week is actually the worst of all worlds. It may sound like a joke, but the answer to "when is an A&E not an A&E" will be – for Lewisham and Charing Cross – "when you have a life threatening illness" and will have to be treated elsewhere. Of course, that's a call that's hard to make if you're poorly Joe Public, or even if you're a paramedic in the back of an ambulance trying to work out if someone would be better off going to the hospital that's closest or the one with all the machinery and specialist staff. Basically, if somewhere's not equipped to handle an emergency, don't call it "Accident and Emergency".

Lewisham isn't prepared to accept this solution and the council is about to begin legal action. Hammersmith and Fulham, on the other hand, are dropping their own legal challenge when faced with the same situation. Campaigners in NW London are vowing to continue to fight, pointing out that cutting inpatient beds from 500 to 60 isn't "saving" a hospital.