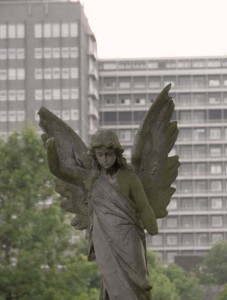 Proposals to change accident and emergency services in north west London were published on Wednesday and campaigners are up in arms after it became clear that 18 petitions – signed by a total of 66,000 people – counted as just 18 responses. (Lewisham A&E be warned.)

NHS North West London has been running a public consultation on plans to whittle nine A&E departments into five. The way proposals were presented themselves attracted criticism for not allowing residents to vote for an option to keep everything open; instead people had to choose which combination they wanted, setting local hospitals against each other.

The consultation results indicate support for the NHS's favoured option, turning the A&Es at Ealing, Hammersmith, Charing Cross and Central Middlesex into urgent care centres and leaving Chelsea and Westminster, St Mary's, Northwick Park, Hillingdon and West Middlesex as major trauma centres. You can see from the map that if you have an accident, in say, Acton, you're going to have to travel a lot further.

But even the claimed support is flawed: from a population of 1.9m people, NHS North West London counted 17,022 submissions (which, as we've said, ignores the petitions) and didn't even hear back from two-thirds of Ealing GPs. The number of people signing petitions indicates the level of local opposition, and campaigner Colin Standfield told the BBC that the consultation has failed to engage with the public. London Assembly Member Dr Onkar Sahota went a stage further, tweeting

The whole process was designed to give the answer they wanted. Shambles! Shameful!

The final decision will be made by Jeremy Hunt, Secretary of State for Health, next year.

Update: we've been asked by NHS North West London's PR agency to clarify a few points. Six of the 18 petitions were in favour, and Ipsos MORI says

It is standard practice in consultations to refer to one petition as one response. It's important to note that all responses to the consultation were included. Ipsos counted all the signatures on petitions and this, as well as the issues raised in the petitions, are all included in the report we published.

However, we still believe this is a cautionary tale for anyone believing that signing a petition is as powerful as taking the time to complete a full consultation response.

Key: hospitals with plans to downgrade A&E are blue, hospitals that will keep their A&Es are green.