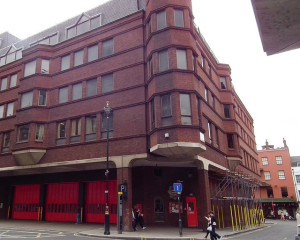 The dispute over fire service cuts between Boris Johnson and the left-leaning opposition parties on London's Fire and Emergency Planning Authority (LFEPA) took another turn yesterday, when LFEPA voted to ignore the Mayor's directive to carry on with a consultation about closing fire stations and cutting firefighter posts.

Brief recap: to make good on budget cuts, London's Fire Commissioner proposes closing 12 fire stations, withdrawing 18 engines and losing around 520 firefighter and civilian jobs. Although response times across London will generally go up, they will still – in most boroughs – be comfortably within the target times of six minutes for the first engine and eight minutes for the second. However, Labour, Lib Dem and Green members have consistently opposed this plan, originally removing them from a public consultation which Boris overruled. Now the committee (on which the non-Tories have a majority) have voted to defy him, meaning Boris may have to sue them if he wants to force it through.

This will, obviously, cost a bunch of cash. The BBC quotes Colin Tandy, a Conservative member of LFEPA:

In the end, the mayor will win. He is within his rights – we should get on with consulting the public.

However, LFEPA wants the Mayor to look at an alternative budget proposal agreed by Labour, the Lib Dems and Greens at City Hall on Friday. It proposes freezing the GLA share of our council tax instead of cutting it (by around 7p a week), which they say would fund the shortfall that's leading to both fire and police cuts. Green Assembly Member Jenny Jones said

Londoners are suffering enough from the Government's failed austerity programe of cuts, without the Mayor adding to the pain. The safety of Londoners should come before gimmicks like a 1p a day council tax reduction. I welcome this cross party attempt to stop the cuts to fire stations and several hundred fire fighters.