Boris Johnson To Push Through Consultation On Fire Service Cuts 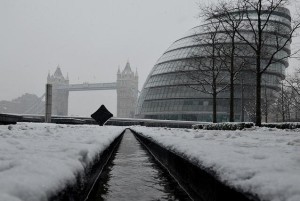 Boris Johnson has said he will use a Mayoral directive to overrule yesterday's Fire Authority vote to reject proposals to close 12 fire stations, remove 18 engines, 400 firefighter and 100 civilian jobs.

For the last few months the Mayor has been insisting the decision about how to cope with £45m in budget cuts was for the London Fire and Emergency Planning Authority (LFEPA). As we saw yesterday, the committee voted 9-8 against including the Commissioner's proposals for closures in a public consultation (you can read our assessment of the impact in our previous post). That would have the effect of removing the closures from the table altogether.

This threw the ball into Boris's court where he's now taken the responsibility on himself. According to BBC London News, this is the first time a directive has been used to overturn a decision in such a way. Expect to see more of this – the Conservatives find themselves outnumbered on the London Assembly and can't always back their Mayor's wishes.

Boris accused the Fire Authority of a "complete lack of leadership", and LFEPA chair James Cleverly has said the parties on the left have offered no alternative. Not true; Darren Johnson's idea of not cutting council tax by 7p a week would fill the budget hole but the Mayor seems not to want to countenance going back on a manifesto pledge.

It's fairly obvious that Labour, the Lib Dems and Greens clubbed together to force the Mayor to make the ultimate decision – mind you, after watching months of Boris refuse to discuss or acknowledge the implications of his own budget, we have some sympathy. Does that make their concerns invalid? Not necessarily. Cuts to the Fire Brigade is a very emotive issue; people like to know that life-or-death front line services are on hand and living close to a fire station can be reassuring (false, as it turns out: if your house catches fire, the first responder may not be from your local station). Average response times will increase, though in the main will be kept below target times. Maybe some rationalisation is a good idea, but when the biggest reorganisation in the service's history is a response to saving money people will always be wary.

The final decision won't be made for several months, but it seems clear which way Boris is facing.

Photo by A-Lister Photography from the Londonist Flickr pool