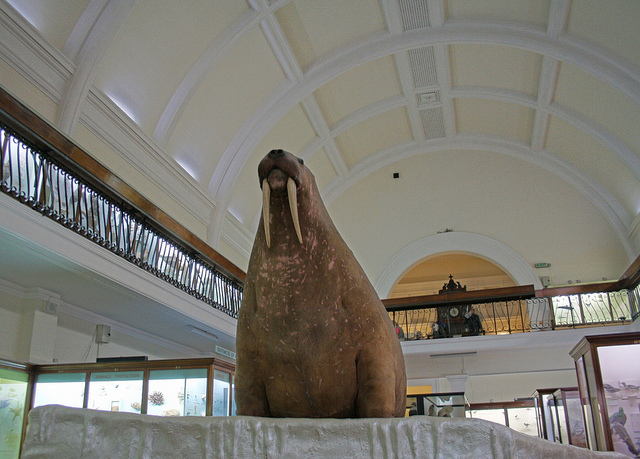 That big, malstuffed icon of south London, the Horniman walrus, is soon to take his first seaside holiday in over 100 years.

The bulky pinniped is set to make a guest appearance at Turner Contemporary in Margate as part of the Hayward Touring exhibition Curiosity: Art & The Pleasures of Knowing.

It's quite an excursion for the docile toothster. According to the Horniman Museum, he hasn't moved more than 25 feet since he first went on display in the natural history gallery in 1901. Prior to that, his last encounter with the brine was in the 1880s, when he was killed by hunter James Henry Hubbard in Husdon Bay, Canada.

You can still catch the girthsome beast at the Horniman Museum until May, when he'll migrate to Margate until mid-September.

Does he have a name, by the way? If not, why not? And what should we call him?