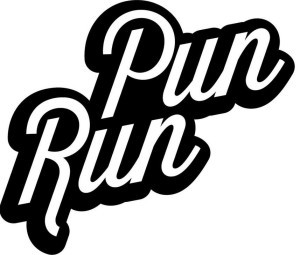 Earlier this year we put together a guide to watching live comedy in London, but we know that it can still be a bit daunting to pick which of the many comedy nights to go and see. What if you go to a club and hate half the comedians on the bill? For a night out where enjoyment hinges on a connection between audience and performer, it can be a lot to gamble on. One way around this is to go to a night with a theme that appeals to you, so at least you're far less likely to throw good money away. We've picked ten that we think are the best – let us know about others in the comments.

Politics
When we were discussing this at Londonist Towers, M@ suggested Mayor's Question Time for the politics slot. We gave him a badge reading "Best Satirist", a biscuit and suggested he took a week off. Instead we recommend Lolitics, currently monthly at Camden's Black Heart and run by Chris Coltrane. It's a friendly, no-heckling place for comedians to try out new politically-based material (occasionally non-comedians turn up and are also very funny). Previous guests have included Mark Thomas, Tiernan Douieb, Kate Smurthwaite and Rob Newman. Like Chris's Facebook page to find out when the next gig is on.

Musical
We can name many comedians who are excellent with music but only really one regular club night: The Distraction Club. Run by Mitch Benn and the Distractions (you may – no, you should – remember Mitch Benn from his amazing song Proud of the BBC), is on the first Tuesday of every month at the Phoenix off Oxford Street. The Segue Sisters are regulars, and you can see acts ranging from Steve Pretty to Ronnie Golden.

Wordsmithing
Pun Run is, as you might guess, dedicated to the noble art of punning; there seems to be a healthy appetite for punnery in London because it usually sells out. It's held every two months at the Monarch pub in Camden (next dates: 20 December and 21 February) and organised by Bec Hill. Andrew O'Neill, Sara Pascoe, John-Luke Roberts and Ben Target have already graced the stage but really, you're not there for the people, you're there for the gags.

Geek
Festival of the Spoken Nerd came very close to winning this category but in the end lost out simply on regularity. Where FOTSN still does the odd small night as well as tours and big gigs, Bright Club has a monthly night at the Wilmington Arms and the occasional blow-out at the Bloomsbury Theatre. A mixture of comedians and academics from UCL, this is an evening for people who enjoy learning things as they laugh. And you will laugh, because truth is always stranger and usually funnier than fiction.

New material
The daddy of new material nights is Old Rope, back at the Phoenix. Hosted by Tiffany Stevenson and pulling in a mixture of big names and smaller circuit comedians every week, this is the place to hear gags for the first time. Not only do you get to see four or five quality acts for £7, you're providing a vital service by giving that early feedback. Possibly a good night for anyone who wants to feel important as an audience member.

Improv
If improvisation floats your boat you should head to The Miller by London Bridge every Tuesday for Hoopla, which features two improv groups a week. Sometimes they put on troupes from across London, sometimes you get a free showcase of students just finishing Hoopla's improv course, but there's fewer better ways to see what spur-of-the-moment comedy London has to offer.

Leftfield
The Alternative Comedy Memorial Society roams around town, its troupe of comedians always on the lookout for places to Do The Show Right Here. By which we mean, it doesn't have a permanent home or regular dates, and there are about 12 regulars who you might see as well as guests. If you like experimental, thoughtful comedy performed by people like Josie Long, Thom Tuck, Nadia Kamil, Alexis Dubus and Tom Bell, this is for you.

Podcast
Podcasts are a good way to enjoy comedy in your own time but where many are recorded just with the participants, some are done in front of an audience. Of these, the unchallenged podcast king is Richard Herring, who has left As It Occurs To Me behind and now does a chat with guests at Leicester Square Theatre. Check out previous episodes before buying tickets for the next show (with Adam Buxton, on Monday).

Sketch
Max and Ivan bowled us over a few weeks ago with their own show but they also host a nearly-monthly night at the Leicester Square Theatre. The Roffle Club is an excellent place to see characters and sketches (and, dare we say it, characters and sketches are where a lot of the most inventive comedy is happening at the moment). Follow their Facebook page for updates on guests as the LST site isn't refreshed as often as we'd like, but we can tell you that Humphrey Ker, Cariad Lloyd and Abandoman are just a few of the sketchers that have come through the door.

Storytelling
Storytellers' Club is what it sounds like: funny people telling tales, specifically at the Pleasance in Islington and run by Sarah Bennetto. Far less intimidating and far more inclusive than a stand-up club night, this is the place to see exceptionally talented people tell you a story (like: Sarah Millican, Luke Wright, Jon Richardson, John Finnemore) which, let's face it, is pretty much all you want from a Sunday evening.