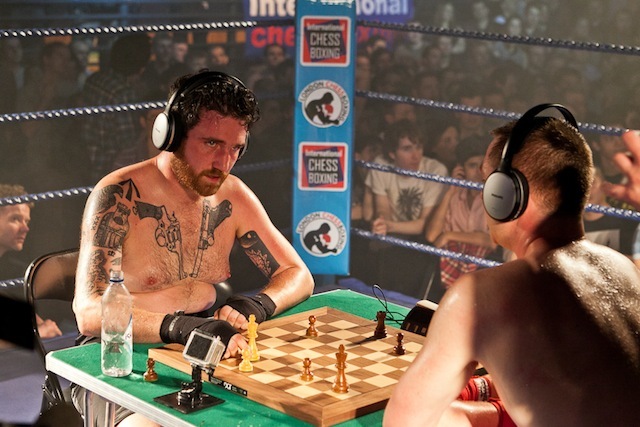 Chess. Boxing. Situated on the opposite ends of the sporting spectrum, debatably, in terms of the supposed mental/physical ability required. Debatably.

Chessboxing offers a delectable mix of brains and brawn, where contenders alternate between, well, chess and boxing. Checkmate or KO? Whatever comes first.

Debuted in the 1970s, this hybrid sport is enjoying a revival, with regular nights at Scala in King's Cross. There’s even a bout at the Royal Albert Hall next month. The RAH night is packed to the rafters, but you can still catch a Scala outing, this Saturday 29 September.

As well as seeing the show earlier than the October peeps, you'll also get to enter a competition. Simply shoot a 60 second (or less) video from the crowd, upload to Facebook and your visual offering could be streamed live in October...plus you get to flounce around like a proper VIP at the December show.