A round-up of recent novels set in the capital. 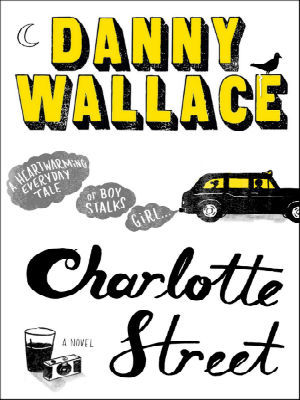 Danny Wallace built his enviable career on quirky experiments. He first found fame with the Join Me project, whereby the public at large were invited to join a society whose purpose was unknown (even to Wallace). He followed this up with the Yes Man adventure, in which he said 'Yes' to absolutely everything. Similar playfulness is at work in his first novel, Charlotte Street.

The first-person narrator, a part-time reviewer named Jason Priestley (not that one), bumps into the girl of his dreams on the eponymous Fitzrovia thoroughfare. In a flash, she's gone. He doesn't get her name but somehow ends up with her disposable camera. What follows is 400 pages of sleuthing, soul-searching and no small amount of stalking to track the mystery woman down.

As a plot device, the misplaced camera works a treat. But the real charm lies in the dialogue. There are no grotesques or caricatures here — everyone in the book feels eerily real. Their haphazard, everyday adventures had us laughing, sniffling and snorting with recognition. By the end, we felt part of the group to such an extent that we'll be keeping an eye out for Jason and his gang next time we're down the Fitzroy Tavern. Bloke Lit of the highest order. Matt Brown 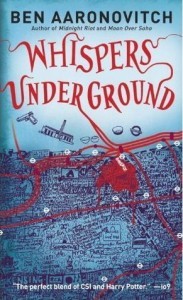 Ben Aaronovitch is clearly having fun with this series, in which a magic-wielding police unit keeps an eye on London's uncanny population of ghosts, river goddesses, goblins and wraiths. Think: the Sweeney meets Rentaghost.

This third installment follows on from Rivers of London and Moon Over Soho. Fans of those books can enjoy more of the same, perhaps better, as DCs Peter Grant and Lesley May attempt to solve the murder of a young man on the tracks of Baker Street station. Manifold oddness quickly ensues, with signs of a subterranean population lurking in the nether-regions between the Tube tunnels and the sewers.

As ever, there's plenty of creativity at work here. Anyone who's ever pondered the subterranean complexities of London will love the various chases and encounters in this hypogeal realm. Like it's predecessor volumes, though, Whispers Underground lacks any strong emotional kick. For a novel set largely underground, the characterisation rarely digs below the surface. It's certainly an enjoyable, witty read, though, and we suspect the series is worth sticking with for the ongoing story arc and the still recondite past of DCI Thomas Nightingale, the series' most promising character. Matt Brown 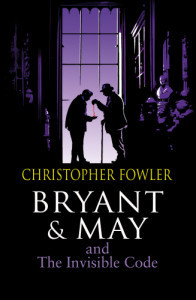 The Invisible Code by Christopher Fowler

The tenth novel in the Bryant and May series ties up a few loose ends from the octogenarian detectives' more recent cases, while giving the duo a sinister new mystery to solve.

This time round, the plot toys less with supernatural themes, and brings longtime nemesis Oskar Kasavian to the fore. The uncivil servant has problems with his home life, and unexpectedly turns to Bryant and May for help. Meanwhile, a woman is found dead in St Bride's, Fleet Street, with no apparent cause of death.

Like usual, the tale shimmers with London references, from Hogarth paintings to the back streets of King's Cross. Perhaps not the best instalment to start with if you're new to B&M, but a worthy addition to the series. Matt Brown 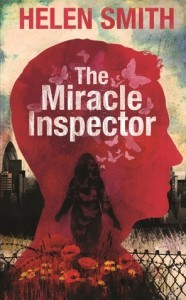 The Miracle Inspector by Helen Smith

Imagine a near future version of London where the more rabid internet commenters have got their own way. Fear of paedophiles and rapists is enshrined in law — the effect of which is there's no school and women can not only not work, but they can't leave the house without being swaddled in a dark robe. It's a kind of London Handmaid's Tale.

Lucas and Angela have lived their whole lives in this state of affairs. Lucas is a 'miracle inspector', a pointless government position created by London's mess of a constitution (created years before in an act of pure democracy). Angela is naive, bored and afraid of her future. After Lucas makes a few unwise moves and a dangerous old family friend resurfaces, Angela and Lucas decide to break out of London's sealed border and head for Cornwall.

Helen Smith writes with an arch sense of humour, despite dealing with a grim topic, and even though some plot twists work better than others we ripped through the book in double time. We can also recommend Smith's Alison Wonderland which contains, among other things, an excellent Venn diagram of Tooting Bec Lido users. Rachel Holdsworth

Joy is subtitled 'A Novel', perhaps to prevent anyone mistaking it for a self-help tome and being very upset when it turns out to be a dark book about perception, expectations and suicide. Joy is Joy Stephens who, it quickly becomes clear, has somehow ended up at the bottom of a forty foot drop at the City law firm where she works. Did she fall? Did she jump? The book unpicks events through a third person narrative of Joy's terrible day, as she works through her life so far, and first person accounts from her longwinded husband, combative PA, timid personal trainer and arrogant colleague.

In lesser hands this could have been gimmicky, but these five distinct personalities are lovingly created as they at first add to, then clear, the mystery surrounding Joy. London is also rendered with tender sadness as Joy's journey takes in the Square Mile, Hampstead Heath and Wimbledon, with even a role for the Thames whale. This is a beautiful novel that's still haunting us days later; Jonathan Lee is being hailed as one of Britain's best new novelists and we completely understand why. Joy is being adapted for TV and will be on BBC2 next spring, but we recommend reading it first. Rachel Holdsworth