Things To Do In The Olympic Park: Jake Baiting

By M@ Last edited 113 months ago
M@ Things To Do In The Olympic Park: Jake Baiting 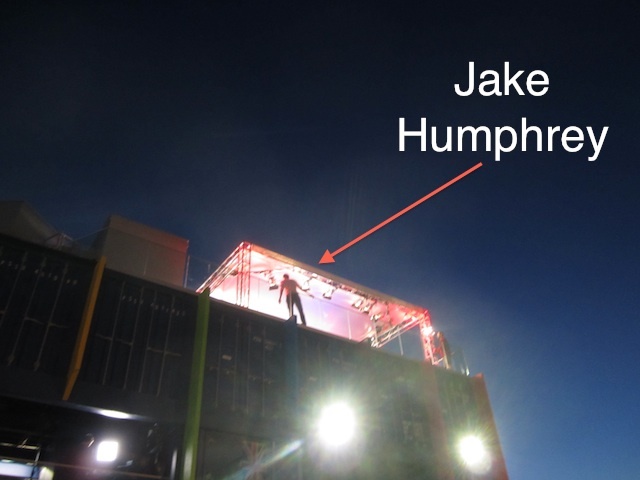 TV presenter Jake Humphrey has something of a fan club, it seems. Each day, the 34-year-old sports anchor can be seen pottering around the verandah of the BBC's broadcast tower, towards the centre of the Park. A sizable fan mob waits expectantly around the base, goading the Jakester to make a full balcony appearance. Cries of "JAKE!, JAKE!, JAKE!" and "We want JAKE!" fill the air. And then the great man appeareth to rapturous whoops and applause.

"Who is it?" a burly Games Maker asks us, as we frame the admittedly poor photo above.

"Never heard of him. Probably a swimmer or something," he concludes, moving away.

To be fair, other presenters and athletes elicit their own appreciation from the crowds below, though none seem to whip up a frenzy quite like the understated blond. You can't quite imagine the same reaction greeting Jonathan Edwards, especially as he seems to remain cocooned in the Beeb's glass-panelled studio, as though waiting to pupate into a fully fledged Lineker. 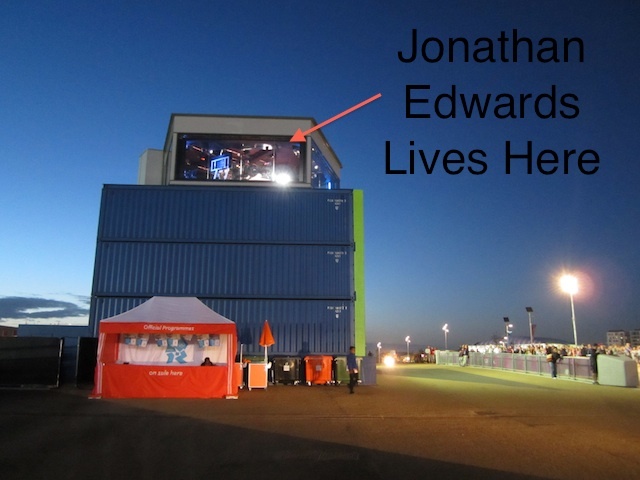 Broadcast media can, of course, be found all over the Park, and another 'thing to do' is see how many shoots you can photobomb. Every potential platform is utilised by presenters. We spotted this guy clambering over tables beneath the Golden Arches to get a good shot of the stadium. 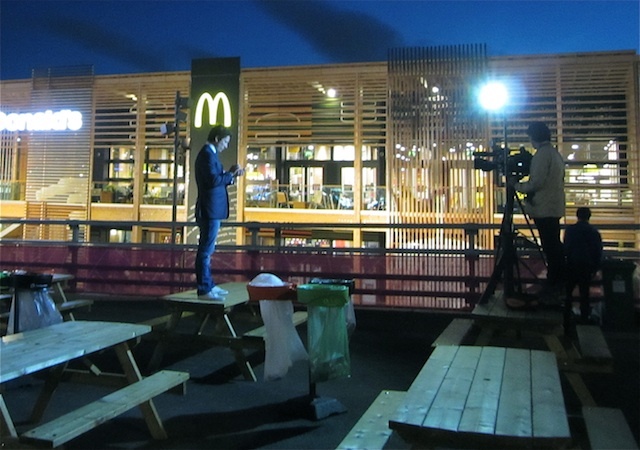 Other Things To Do In The Olympic Park