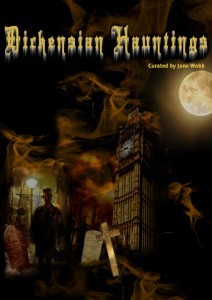 It's still a month away, but an exhibition that involves Dickensian weirdness, tales of the macabre and sinister subterranean exploration deserves your attention now. Illumini, who two years ago brought abandoned Tube stations, gothic crypts, secret bunkers and buried rivers to the basement of Shoreditch Town Hall, are back with a new show at the same location.

The exhibition will be supported by numerous talks and walks, some of which must be pre-booked. So if you fancy a tour of West Norwood Catacombs or the (probably fake) prison cells in the Viaduct Tavern, take a look through the listings now.