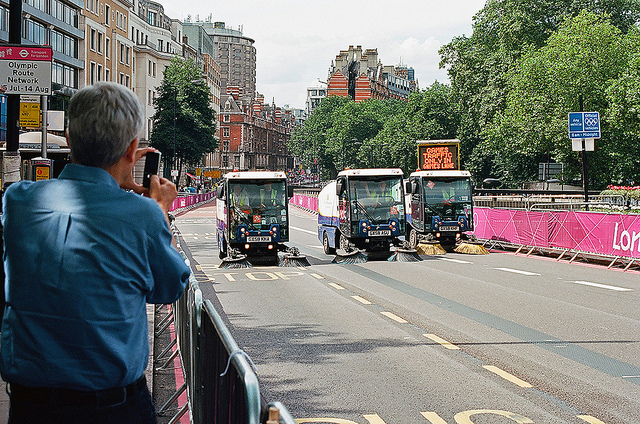 Photo: the final of the mixed street sweepers 10,000 metres, or something, by Alex_Pink in the Londonist Flickr pool.