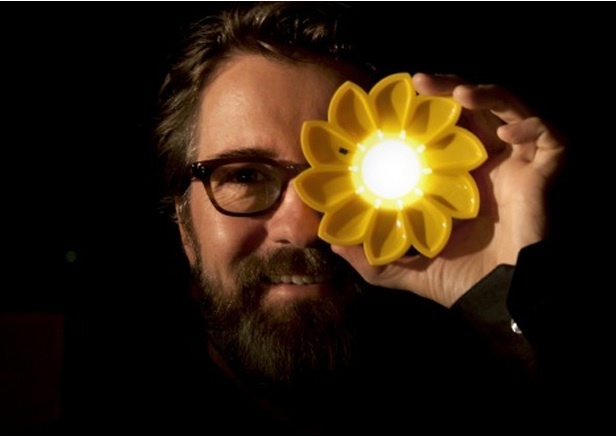 Remember that model sun that blazed inside Tate Modern's Turbine Hall a few years ago? The artist behind it, Olafur Eliasson, is something of a solar enthusiast, and he returns to the gallery from this weekend with his Little Sun project.

The Little Sun lamp is a dainty torch charged by solar power. It's designed to help the estimated 1.6 billion worldwide who live without mains power. Beginning on 28 July, the Tate will black out after closing time, allowing torch-holders to explore the galleries by the harvested light of the sun. The event is free, but you'll have to invest in a Little Sun for £16.50, much of which gets pumped back into the project, making the lamps more affordable in parts of the world that most need them.

As well as navigating the blackouts, visitors can also use the lamps to make light graffiti and explore a display about solar power. Other upcoming events include a seminar about the project and a series of short films about light.

Tate Blackouts begin 28 July and run on Saturday evenings 10.15pm-midnight until 18 August at Tate Modern. Entrance is free, but remember your lamp.